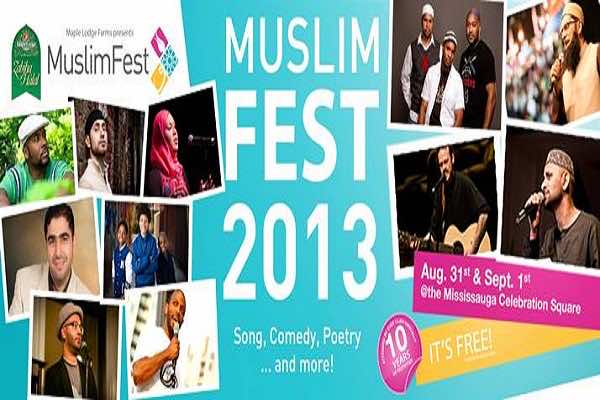 The 10th anniversary of the MuslimFest, North America’s premier Muslim festival, was celebrated on Sunday in the city of Mississauga, Canada with the attendance of Muslim communities.

Record-breaking crowds took part at the organization, which lasted for two days.

About 30,000 people attended the festival, according to festival chair Saffraz Khan.

Concerts, comedy shows and conferences were held during the organization.

Camels’ tour drew visitors. Attendants had a chance to tour on camels.

Amal Albaz, director of MuslimFest Public Relations, pointed out the latest situation in Egypt during the organization.

Stating that he had been in the Rabaa square everyday, Albaz said, “For example if five thousand people are killed there, 10,000 people will be ready to die. Believers are hand in hand for a happy future in Egypt.”