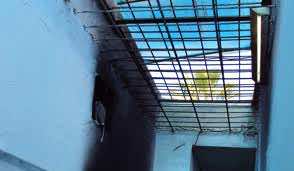 Around 50 common criminals escaped from jail overnight in southern Tunisia after attacking the guards, the head of the
country’s prison service Habib Sboui said on Monday.

Sixteen of the escapees were detained several hours after fleeing the prison in Gabes, he added.

The incident took place when the prison guards went to one of the cells in response to a call for help, but when they opened the door they were attacked by the inmates, who managed to escape.

An inquiry has been launched to determine the circumstances of the escape and establish responsibility, Sboui said, while criticising the “lamentable infrastructure” of the Gabes prison.

“It’s an opportunity to appeal to Tunisian society and to donors to contribute to the improvement of this prison,” he added.

Tunisia witnessed a massive prison exodus at the start of 2011, with around 9,500 detainees escaping shortly after the revolution that toppled former strongman Zine El Abidine Ben Ali.

There have been a number of large-scale jailbreaks across the region in past weeks, notably in the Libyan city of Benghazi where nearly 1,300 inmates escaped in late July with the suspected assistance of Al-Qaeda.