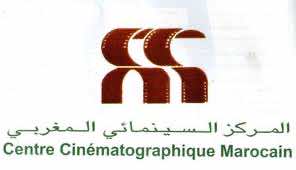 By
Larbi Arbaoui
-
Larbi is a freelance writer and assistant editor at Morocco World News.
Sep 2, 2013
Spread the love

According to Hollywood reporter, The U.K. and Moroccan governments have signed a film co-production treaty that allows the two countries to cooperate and share knowledge in film industry.

The same source states that the aim of the treaty is to “strengthen ties within the film industry, encourage the sharing of knowledge and ideas, and drive economic growth through film production.”

Under the new agreement, qualified productions will be able to access the benefits of national status in each country.

The terms of the treaty were negotiated by the British Film Institute and the Moroccan cinematographic center (Centre Cinematographique Marocain).

“This treaty will help us create sustainable cultural partnerships between our two film industries and give filmmakers in both our countries access to new markets, new creative opportunities and financial advantages,” the Director of the Moroccan cinematographic center Nour-Eddine Sail was quoted as saying.

The treaty will likely soon be extended to include television productions as well.

“Our intention is to expand this ambition into the area of TV production too so that content producers for high end television also gain the cultural exchange and financial benefits,” Mr. Sail noted.

Morocco has a diverse landscape and favorable weather that made it one of the most favored filming destinations of movie producers and directors.

Many famous films have been shot in Morocco.

“Kingdom of Heaven,” “The Gladiator,” “The Mummy,” to name a few were shot in Morocco, and a new film ‘Man of Steel 2? by Warner Bros is expected to begin shooting in Michigan and Morocco in the first three months of 2014.