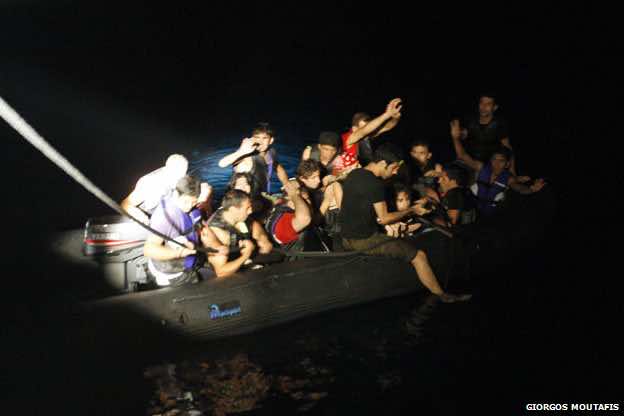 A woman was found dead onboard a boat carrying more than 100 migrants which was intercepted by coastguards off the Sicily coast on Monday afternoon, according to Italian media.

A total of 104 refugees, the majority Syrian and Egyptian, were on board the boat which was also carrying a number of children, some as young as three.

The news agency ANSA reported that the victim was a 52-year-old married Palestinian woman who lived in Syria. Her husband, who was suffering from a leg injury, and her sons aged 23 and 29 were also in the boat.

According to Marco Bisogni, the deputy prosecutor in Syracuse, the woman suffered from asthma and the conditions encountered on the boat aggravated her health. Another woman, who is pregnant, was hospitalised.

Last week, a Syrian refugee travelling by boat to Italy gave birth to a boy during an eight-day voyage at sea. She was one of 355 refugees travelling on two overcrowded boats.

Thousands of migrants have arrived in the past few weeks in Sicily, many of them coming from Egypt or Syria.

Migrants from sub-Saharan Africa — notably Eritreans and Ethiopians — accounting for many of the others.

With favourable weather conditions and the further troubles south of the Mediterranean and the Middle East, the number of migrants arriving in Italy in the past few months on boats of fortune has dramatically multiplied.

The Italian interior ministry estimates that 3,000 Syrian migrants arrived in Italy from the beginning of this year up until the end of August.