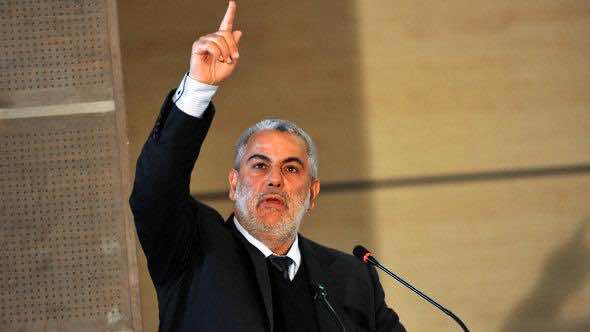 From the dawn of the so-called ‘Arab Spring’, many ‘oppressed’ people have elevated much of their hopes for prompt and serious social, economic and political reforms. The latter have always been ‘suffocated’ by the tyrannical, megalomaniac, and self-seeking-interest Arab rulers.  In Morocco, which is labeled as the ‘exception’, the Islamist party PJD (The Party of Justice and Development) seized the opportunity to try its turn in accessing the government and the running of public affairs after many years of forestalling and exclusion by the palace and its faithful partners.

Given the idea that the PJD came from the masses unlike many other parties (the Istiqlal Party is a case in point), the masses were given many promises that would take them to ‘heaven’ and away from the dire situation of ‘hopelessness’ and ‘changelessness’ they have endured.

The promises the PJD presented to ‘the oppressed’ people included, to cite but a few, a serious eradication of corruption and its hidden supporters, the redistribution of the unequally shared wealth, reducing unemployment, and improving the educational system, and many other ‘fake’ guarantees.

In the first elections after the constitutional reform that many people voted for- it is said-, the PJD won the lion’s share of votes, and therefore, the first position. Many people had their hopes raised that they would escape from the predicament and the disappointed they lived in for decades.

However, as long as the PJD couldn’t form the government by itself, it needed to create a coalition with other parties. Luck ‘smiled’ for the IP (the Istiqlal Party), the PPS (the Party of Progress and Socialism), and the PPM (the Party of the Popular Movement).  As a matter of fact, the coalition didn’t meet the expectations of many people as far as the wider gap between these parties’ ideologies and agendas are concerned.

However, people didn’t lose hope, and they thought the PJDs would make the ‘miracle’ and put their words into actions. Because of such facts like the lack of experience and competence, the existence of many ‘crocodiles’ as Mr. Benkirane would say, as well the failed and sterile marriage with the IP, the stark death of the government’s dreams –if it actually has got any- was announced after a tremendous fight with the popularism-master Hamid Chabat, Secretary General of IP. Now, the government is experiencing serious dysfunction, and people are expressing an enormous dissatisfaction. The PJD is, therefore, highly regarded by the majority as ‘the know-nothing party’, for everything is at stake, and all plans and objectives from the PJD’s electoral campaign appear to be doomed to failure.

As a result of this entirely dysfunctional government, an act of postponing the figuring out of our big problems is highly remarkable. The government has put off dealing with our crumbling infrastructure, the decline of the middle class, the spreading of social injustice, the increase of the unemployment rate, as well as our deteriorating educational system, which in the king’s latest speech was unpacked as a worse system, because of the reductionist way of looking at it. What does indeed make the current situation more complex is the fact that we have got no more reserves, and we have run out of time. As a matter of fact, ‘things are falling apart’, and the government ‘cannot hold’.

Although the present state is calling for disappointment and anxiety, it certainly hasn’t stifled our hope- which puny people believe in too much. What’s more, despite the fact that waiting is a frustrating exercise, we cannot escape it, and we are required to see what the negotiations with the Dove’s Party will bring to the fore. Our greatest wish is that the next coalition will lay much emphasis on the achievement and realization of the promises we were kindly offered. Last but not least, we hope that the government will deliver what was expected from it, and we hope also that our waiting for these promises will not be much like waiting for the uncoming ‘Godot’.