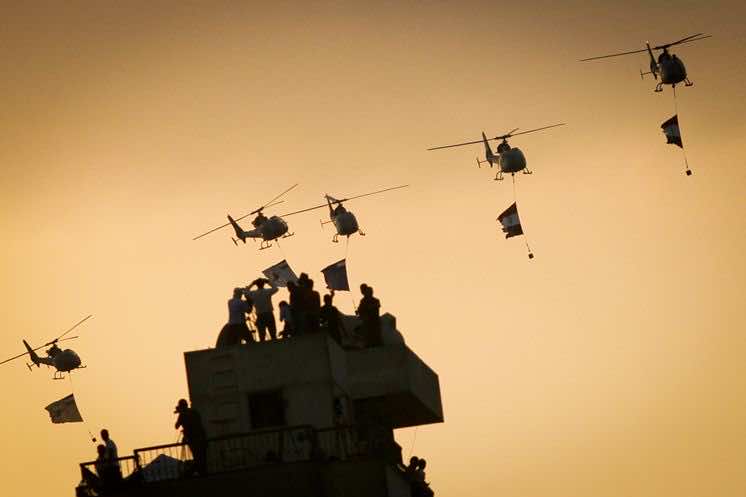 Egyptian military helicopters on Tuesday launched air strikes on militants in the country’s restive Sinai peninsula, where the army has been battling a semi-insurgency, security sources and witnesses said.

A security source told AFP the operation was the “biggest aerial assault of its kind in Sinai,” where clashes between extremist militants and army and police personnel have risen since Islamist president Mohamed Morsi was ousted by the military on July 3.

Witnesses said “Apache helicopters” bombed several villages south of Rafah border crossing with the Palestinian Gaza Strip when the operation began at around 9:00 am (0700 GMT).

They said the helicopters hit several houses where militants had been hiding, and that the attacks had caused casualties.

Militants have launched near-daily attacks on police and army facilities in Sinai, a region mostly populated by Bedouins who have conflictual relations with Egyptian authorities in Cairo.

On August 19, militants killed 25 Egyptian police in an attack on two buses heading towards the border town of Rafah, in the deadliest attack of its kind in years.