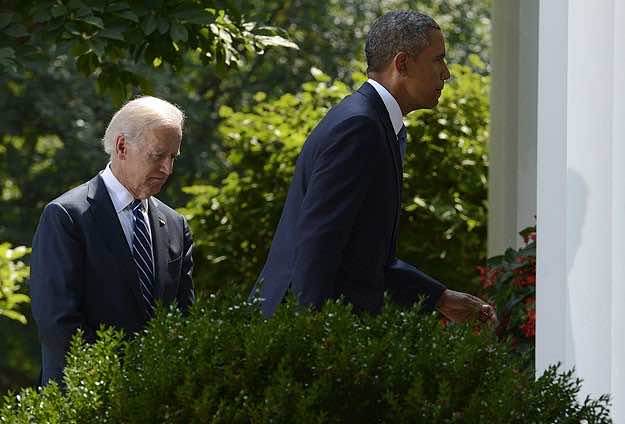 WASHINGTON, (AA) – The US Congress is split on whether to give the green light for launching a military strike on Syria.

On the one hand, there are the ultra conservative Tea Party members and Liberals who are against military action against Syria. They argue that there should be no military intervention in Syria and the President’s plan is too comprehensive.

While some anti-war Democrats are against any military intervention, Tea Party members are against a military action unless there is a “direct threat” to the US.

Although Obama stated that military action would be very limited and no US soldiers would be deployed on Syrian land and enter open-ended wars, the fact that this is not included in the written request for authorization has become a cause of concern for this group.

However, the Obama administration is determined to compromise and stated that they were ready to renegotiate their plan. Therefore, it is a matter of curiosity whether the anti-war group would change their minds if the scope of military action were made much more clear and recorded in writing.

The second group in the Congress is comprised of members who argue that the authorization is too limited. This group is headed by senators John McCain and Lindsey Graham, who are members of the Senate Armed Services Committee.

McCain and Graham stated that they would oppose the plan on the grounds of that the proposed military operation being “limited in time and scope” would not eliminate the threat of the Assad regime, adding that any military action taken against Syria must remove Assad from power. They further stated that the credibility of the US President and the US itself would be damaged if the Congress disapproved Obama’s request for authorization.

The third and perhaps largest group in the Congress is composed of members who are still undecided on the issue.

Although they would like the Congress to discuss Obama’s authorization request for military intervention in Syria, they are yet undecided about their response. These members want more details about the Assad regime’s use of chemical weapons and the scope and strategy of a US military strike.

Though it seems that Obama could more easily get the support of the Senate, where Democrats are in the majority, the main issue is the response of the House of Representatives.

– Trumps of the US administration: “Credibility of the USA, message to Iran, security of Israel”

The US administration argues that the credibility of the country is at stake and the Congress’s opposition to Obama’s plan would damage the country’s power and credibility.

The second argument concerns “sending a message” to other countries. It is already known that the Congress is not happy about Iran’s nuclear operations. The Obama administration notes that any message to Syria would actually be addressed to Iran and North Korea, and the lack of a military operation in Syria would encourage these countries regarding the usage of nuclear and chemical weapons.

Last but not least, the US administration argues that the use of chemical weapons by the Assad regime constitutes a threat to US allies in the region including Turkey, Israel, Jordan and Lebanon, with the security of Israel being of utmost importance.

The Obama administration has already started lobbying Congress for the passage of the vote, yet it remains to be seen whether they will be convinced. The House and Senate will be back in session on September 9.