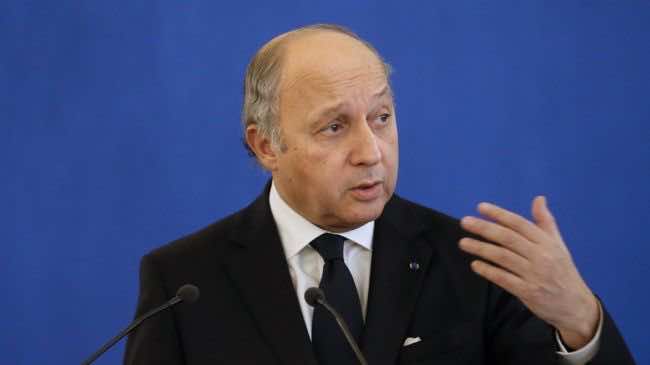 French Foreign Minister Laurent Fabius said Wednesday that the French government was likely to seek parliamentary approval for a possible military strike against the Syrian regime.

Fabius told France info radio that all the necessary conditions for the military intervention had not been fulfilled yet and the government, if it decides so, may ask for the approval of French parliament.

France is waiting for the US Congress to decide, noted Fabius, adding that France will not act on its own if the US decides not to strike Syria.

“When all necessary conditions have been fully completed, President Hollande will make a decision and share it with public,” he said. “The French government is likely to seek parliamentary approval. There is no constitutional obligation on this issue.”

The French parliament will gather today to debate whether the nation should launch strikes against Syria.

Some 74 percent of the French population believes that the government should ask for the approval of the French parliament before any military strike against the Syrian regime, according to an opinion poll conducted by polling firm CSA. Meanwhile 26 percent of poll participants said that there is no need for such approval.