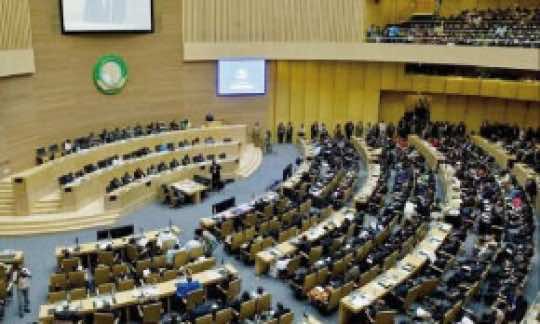 A delegation from the African Union, which suspended Egypt after Islamist president Mohamed Morsi’s ouster, on Wednesday urged all parties in the country to back the political transition.

“We hope that all parties meet together around the roadmap” announced by the new authorities after Morsi’s July 3 ouster, Alfa Omar Konari, who headed the three-member delegation that arrived in Egypt last week, told reporters.

Konari, a former president of Mali, insisted Morsi’s Muslim Brotherhood must be part of this transition, but the Islamist group refuses to enter into any dialogue with the new Egyptian government, which it considers to be “illegitimate”.

The transition plan, set up by Egypt’s interim president Adly Mansour, would see fresh parliamentary elections in the coming months, with a presidential vote possible by early next year. The Brotherhood has rejected the plan.

Morsi’s ouster by the military was followed by a brutal crackdown on his supporters by security forces in Cairo on August 14. Hundreds of people were killed when police and army stormed two protest camps in the capital on that day.

Konari, meanwhile, said “the decision to reconsider the suspension of Egypt (from the African Union) belongs to the Peace and Security Council” of the pan-African bloc.

Egypt’s new government had launched a diplomatic offensive to convince the African Union that Morsi’s overthrow was not a “coup” after it suspended Cairo from participating in the bloc’s activities “until the restitution of constitutional order”.

AU says it is its policy to suspend any member if it undergoes an “unconstitutional” change of power.

It was the second visit by the AU delegation since Morsi’s ouster. During the present trip the panel met Egypt’s new strongman General Abdel Fattah al-Sisi, interim president Mansour and several Muslim and Christian leaders.