WASHINGTON – US Secretary of State Kerry said, “Bashar al-Assad now joins the list of Adolf Hitler and Saddam Hussein who used these weapons in time of war.” 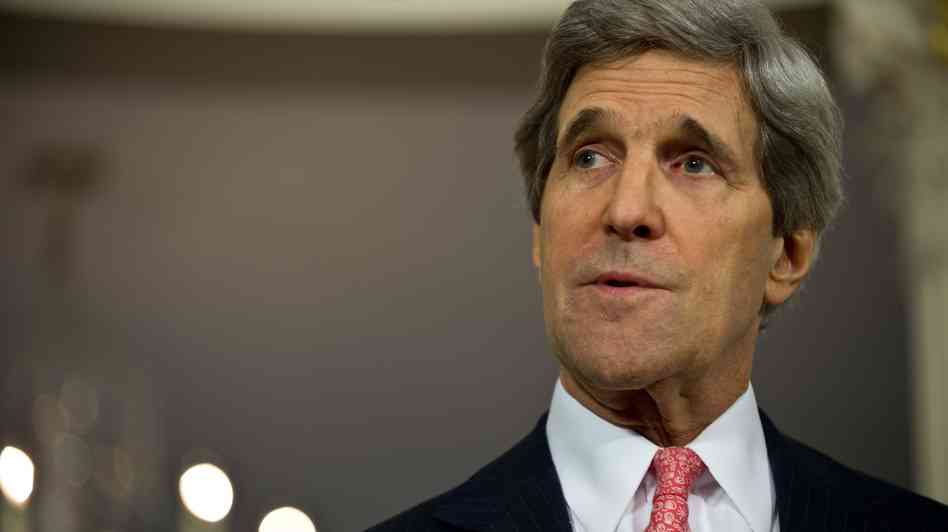 WASHINGTON – US Secretary of State Kerry said, “Bashar al-Assad now joins the list of Adolf Hitler and Saddam Hussein who used these weapons in time of war.”

US Secretary of State John Kerry has said, “Bashar al-Assad now joins the list of Adolf Hitler and Saddam Hussein who have used these weapons in time of war.”

US Secretary of State John F. Kerry, Defense Secretary Chuck Hagel and General Martin Dempsey, chairman of the Joint Chiefs of Staff, were all at a US senate panel on Wednesday giving and hearing testimonies about the latest situation in Syria and Obama administration’s justifications on a possible pre-emptive air strike.

John Kerry continued trying to justify why Obama administration is seeking for a Congress approval to start military action on Syria and said : “Syria – bottom line – is important to America and our security for many reasons. First, you can’t overlook the danger that these weapons, as you said in the Syria Accountability Act, pose to the Middle East, to our allies, to our friends. You can’t overlook the threat that they face even to the United States ultimately if they fall into the wrong hands or if they are used with impunity. Since President Obama’s policy is that Assad must go, it is not insignificant that to deprive or degrade Assad’s chemical weapons deprives him of a lethal weapon in the ongoing civil war.”

Jeff Duncan of Republicans questioned why the administration was “pulling the trigger on a military response so quickly.” He said Obama administration has a public credibility issue “due to the unanswered questions surrounding the terrorist attack in Benghazi,” reminding an attack that targeted a US diplomatic mission last September and killed 3 officials and the ambassador.

“Let’s draw the proper distinction here, we don’t deserve to drag this into yet another Benghazi discussion when the real issue here is whether or not the Congress is going to stand up for international norms with respect to dictators that have only been broken twice until Assad: Hitler and Saddam Hussein. And if we give license to somebody to continue that, shame on us” Kerry reacted to Duncan.

Secretary of State also said that their administration got in touch with more than 100 countries about Syria and received the backing of 28 of them, which he said more than the support they needed for a limited military action in Syria.

“In the nearly 100 years since this global commitment against chemical weapons was made, only two tyrants have dared to cross the world’s brightest line. Bashar al-Assad has now become the third. And history, I think everyone here knows, holds nothing but infamy for those criminals – and history also reserves little sympathy for their enablers. And that is the gravity of this moment. That is really what is at stake in the decision that the Congress faces” Kerry added.

US army chief General Martin Dempsey acknowledged the senate panel too and stated “the risk of escalation can never be ruled out entirely.”

“The military intends to limit U.S. involvement “in time and commitment,” he said. “That’s not to say I discount the risk of escalation, which I can never discount. But we’ve mitigated it as much as possible,” he added.