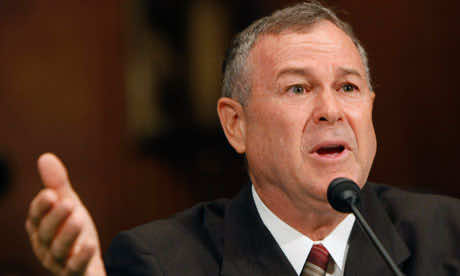 A US Congressional delegation on Thursday arrived in Cairo en route from Dubai for talks with Egyptian officials.

Led by US Representative Dana Rohrabacher, the eight-member delegation will hold talks with Egyptian officials to discuss current developments in the country and the region, diplomatic sources said.

The US delegation is scheduled to meet with interim Prime Minister Hazem al-Beblawi and Defense Minister Abdel-Fattah al-Sisi.

While in Dubai, the congressmen had held talks with United Arab Emirates (UAE) officials on US-UAE relations, regional and international developments, and ongoing efforts to achieve peace and stability in the Middle East.

Egypt has been in a state of turmoil since the military ousted democratically elected president Mohamed Morsi on July 3 following mass demonstrations against his presidency.

The unconstitutional change of government is described by the ousted president’s supporters as a “military coup.” His opponents call it  a military-backed “popular uprising.”

Egyptian Foreign Minister Nabil Fahmi has said he expected US President Barack Obama to “define the nature of relations with Egypt” sometime this month.