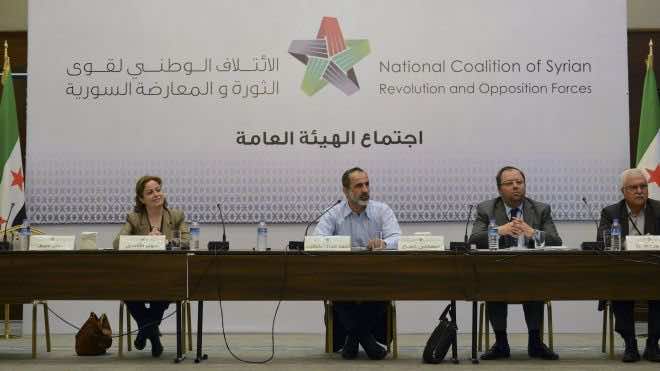 Monzer Akbik, a senior member of the National Coalition for Syrian Revolutionary and Opposition Forces (SNC), stated that the organization and its members believed there was no other choice for the international community but to assume the legal, ethical and humanitarian responsibility to end the massacres in Syria by using force against the regime.

Akbik answered the questions of BBC presenter Jeremy Paxman on the Newsnight programme in regards to the Syria crisis where he stressed, “The massacres and the crimes against humanity in Syria are escalating more and more through the war machine of the regime.”

He mentioned during BBC2’s Newsnight that there was a priority for the international community, east and west, to take measures in order to paralyse the killing ability of the regime’s war machine.

“We believe there is no other choice for the international community but to assume the responsibility, the legal responsibility, ethical and humanitarian responsibility, to end the massacres in Syria by using force against the regime,” added Akbik, the senior member of the SNC.

Upon presenter Paxman’s reminder about last week’s decision of UK not taking part in any military intervention in Syria anymore, Akbik noted, “Regarding the UK there are many other things to talk about. There are other countries that are going to be in the coalition of the willing.”

He emphasized the UK’s contributions and highlighted, “The UK had contributed a lot and would continue to contribute with humanitarian and other aid.”

In addition, SNC’s Monzer Akbik is expected to come together with the British Foreign Secretary William Hague and several other British officials in capital London within the framework of covering the latest developments from Syria dispute.

The Syrian National Coalition was officially recognized by the UK last year and the Coalition appointed Waled Saffour as their ambassador to the UK.