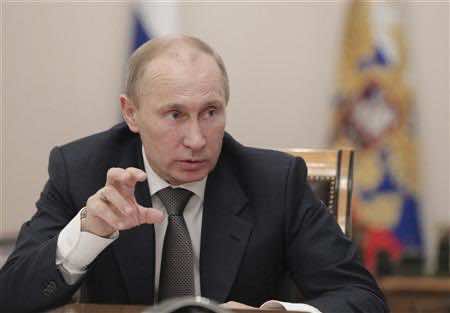 Putin made the opening speech at the session of “Growth and Global Economy” during the G-20 Summit which commenced in Strelna, St. Petersburg, under the chairmanship of Russia.

Noting that a global economic recovery has not yet been stabilized, Putin said, there have still been risks of sliding back into crisis again. For returning global economy towards steady and balanced growth, Putin told leaders that it has unfortunately not been resolved.

The session was closed to the press after Putin’s speech. The leaders of the most developed 20 countries of the world will discuss economic issues during the two-day summit, focusing mainly on tax reforms. Developments in Syria are also expected to be covered extensively, in addition to the formal agenda.

Around 3,000 media staff will be covering the summit attended by delegations from 20 countries, while 8,000 security officers will be on duty.