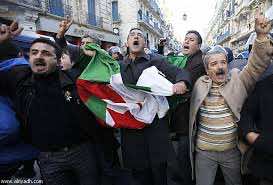 Nineteen people were arrested in Algeria’s Setif region when clashes erupted between protesters and police during a demonstration against water shortages, national media reported on Thursday.

Around 300 protesters encircled the town hall in Bouselam on Wednesday to demand improved water supplies and the construction of a road to facilitate access to their village, which lies 300 kilometres east of the capital, the APS news agency said.

Clashes broke out when the security forces attempted to access the building by force, with 19 people arrested and placed in pre-trial custody.

Despite its vast hydrocarbons wealth, much of Algeria suffers from poor housing and inadequate water supplies, often resulting in protests that sometimes degenerate into violence.