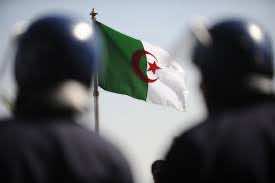 The incident occurred in Ain El Hamra, in the Boumerdes region, with a weapons cache recovered in the operation, the ministry added, without elaborating.

Violence attributed to Islamists has declined considerably in Algeria in recent years, after a decade of appalling blood-letting during the civil war of the 1990s.

But groups affiliated with Al-Qaeda in the Islamic Maghreb continue to attack security forces in the eastern Kabylie region, in areas around the capital and in the south.