The Academy of Motion Picture Arts and Sciences is to give a prestigious humanitarian award to Hollywood A-lister Angelina Jolie for her "impassioned" campaigning work, the Oscar-bestowing body announced Thursday. 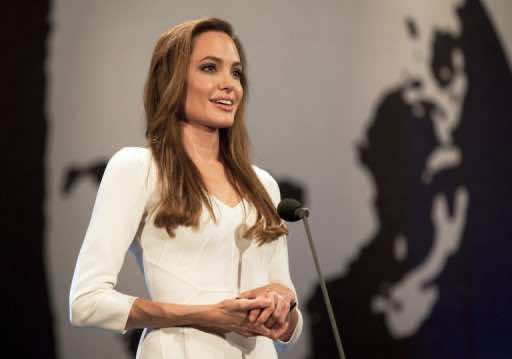 The Academy of Motion Picture Arts and Sciences is to give a prestigious humanitarian award to Hollywood A-lister Angelina Jolie for her “impassioned” campaigning work, the Oscar-bestowing body announced Thursday.

The Academy’s board of governors will also give honorary awards to veteran actors Steve Martin and Angela Lansbury, as well as Italian costume designer Piero Tosi, whose work includes the 1971 classic “Death in Venice.”

Jolie, who won the best supporting actress Oscar in 2000 for her role in “Girl, Interrupted,” has been an “impassioned advocate for humanitarian causes, traveling widely to promote organizations and social justice efforts,” the Academy said.

The actress, whose partner is Brad Pitt and who announced in May that she had undergone a double mastectomy to reduce her high risk of breast cancer, has staked out “a career at the nexus of entertainment and philanthropy,” it said.

Jolie has worked for advocacy groups including the Council on Foreign Relations and was named a special envoy for the United Nations High Commissioner for Refugees (UNHCR) in 2012 after 12 years of service, it noted.

All four awards, which come in the form of Oscar statuettes like those given out at the Academy Awards, will be presented at the Academy’s 5th Annual Governors Awards on Saturday, November 16.

“We couldn’t be more excited for this year’s honorees and look forward to bringing their peers and colleagues together to celebrate their extraordinary achievements.”

The 2014 Academy Awards, the climax of Hollywood’s annual awards season, will be held on March 2 next year.