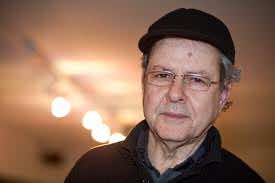 Raging unemployment in Algeria, dashed dreams and a cold, detached religion are the themes tackled in Merzak Allouache’s “The Terraces”, screening in competition in Venice on Friday.

The Algerian-born director, who left Algeria for France during the violent Islamist insurgency of the 1990s, told AFP in an interview that his film was a vision of a society “sick with contradictions”.

“I wanted to work from this high viewpoint to talk about the problems in Algerian society,” the 67-year-old said.

“In this megalopolis, 80 percent of inhabitants are young people, unemployed, completely lost.

“My film talks about that bad life, flagrant inequalities, in a country which is oil-rich.”

As the muezzin calls to prayer echo, Allouache peeks into the lives of a mother who lives with her drug-addict son and mute daughter, a “mad” uncle chained up like a dog and an abusive preacher.

On other roof terraces, a man tortures his brother, an alcoholic despairs and young musicians look for somewhere to play and dream.

“For some time now things have been getting worse,” Allouache said.

Algerian society is “very sick from years of terrorism and utter violence. Since 1999, a sort of amnesia has set in. We don’t talk about the past any more,” he said.

“Young people are demanding more and more, and their demands are expressed through violence,” he said.

The director, who made the film “Harragas” in 2009 about the desperate flight of young people in boats for Europe, said his new film depicted the failures of religion.

The preacher in the film is incapable of empathy and abuses the ignorance of his flock, particularly with one woman whom he gets to strip off her clothes.

“Algerian society has to evolve. It needs democratic change, which it can only have with democratic debate,” Allouache said.