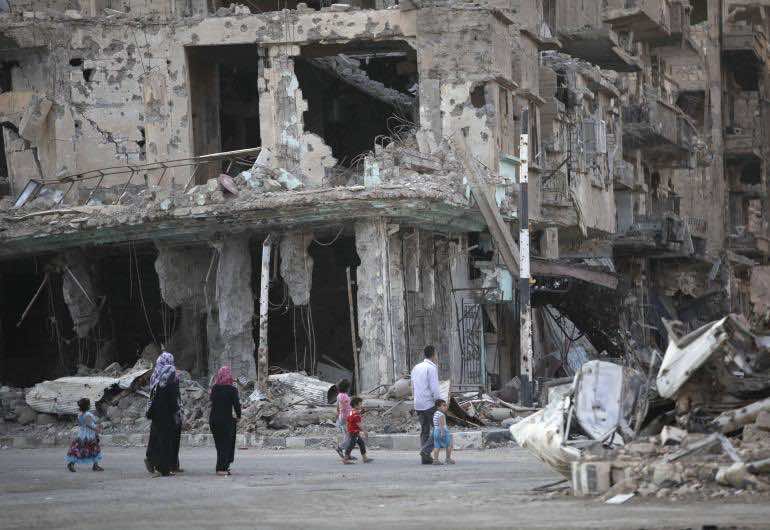 The United States and ten countries, including Turkey, have signed a joint statement that condemns last month’s gas attack in Syria and calls for an international response to the Syrian government, which the countries say is responsible for the attack.

The statement, issued during the G-20 economic summit, says the signatories support military action without direct authorization from the United Nations Security Council.

“Signatories have consistently supported a strong U.N. Security Council Resolution, given the Security Council’s responsibilities to lead the international response, but recognize that the Council remains paralyzed as it has been for two and a half years,” the statement says.

The full text of the statement is below.

The Leaders and Representatives of Australia, Canada, France, Italy, Japan, Republic of Korea, Saudi Arabia, Spain, Turkey, the United Kingdom and the United States of America made the following statement on the margins of the Group of 20 Nations Leader’s Meeting in Saint Petersburg, Russia:

We condemn in the strongest terms the horrific chemical weapons attack in the suburbs of Damascus on August 21st that claimed the lives of so many men, women, and children.  The evidence clearly points to the Syrian government being responsible for the attack, which is part of a pattern of chemical weapons use by the regime.

We call for a strong international response to this grave violation of the world’s rules and conscience that will send a clear message that this kind of atrocity can never be repeated. Those who perpetrated these crimes must be held accountable.

Signatories have consistently supported a strong UN Security Council Resolution, given the Security Council’s responsibilities to lead the international response, but recognize that the Council remains paralyzed as it has been for two and a half years.  The world cannot wait for endless failed processes that can only lead to increased suffering in Syria and regional instability.  We support efforts undertaken by the United States and other countries to reinforce the prohibition on the use of chemical weapons.

We commit to supporting longer term international efforts, including through the United Nations, to address the enduring security challenge posed by Syria’s chemical weapons stockpiles.  Signatories have also called for the UN fact finding mission to present its results as soon as possible, and for the Security Council to act accordingly.

We condemn in the strongest terms all human rights violations in Syria on all sides.  More than 100,000 people have been killed in the conflict, more than 2 million people have become refugees, and approximately 5 million are internally displaced.  Recognizing that Syria’s conflict has no military solution, we reaffirm our commitment to seek a peaceful political settlement through full implementation of the 2012 Geneva Communique.  We are committed to a political solution which will result in a united, inclusive and democratic Syria.

We have contributed generously to the latest United Nations (UN) and ICRC appeals for humanitarian assistance and will continue to provide support to address the growing humanitarian needs in Syria and their impact on regional countries. We welcome the contributions announced at the meeting of donor countries on the margins of the G20.  We call upon all parties to allow humanitarian actors safe and unhindered access to those in need.

European signatories will continue to engage in promoting a common European position.