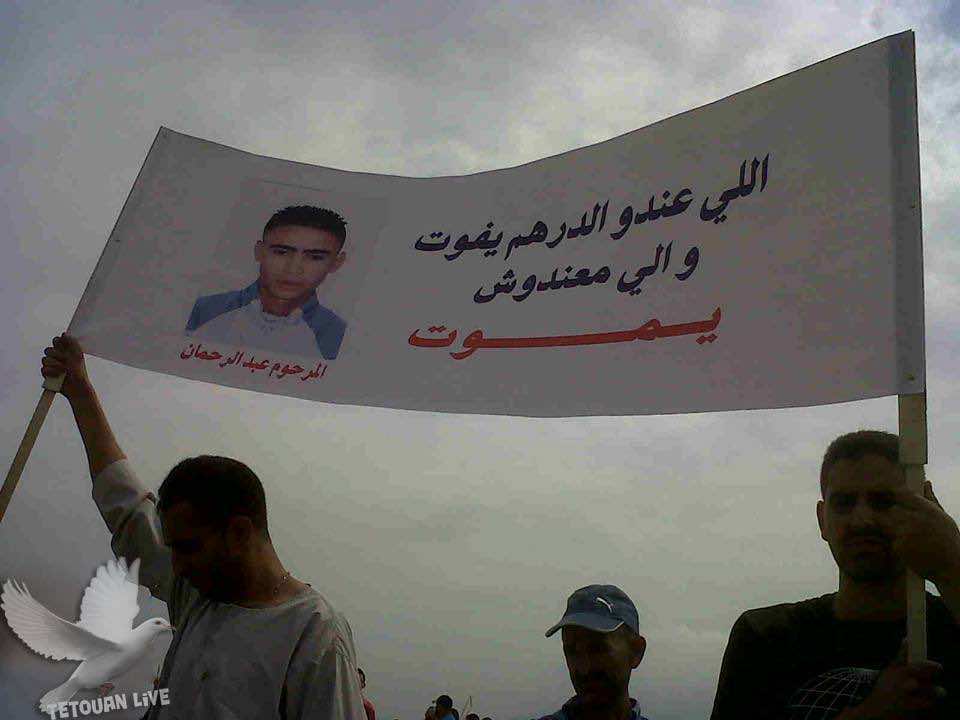 By
youssef sourgo
-
Youssef Sourgo is currently a Master’s student in Linguistic and Literary studies at Ain Chok Faculty of Letters and Humanities.
Sep 7, 2013
Spread the love

Self-immolation as a form of protest against social injustice has almost become a common phenomenon in the Middle-East and North Africa. Morocco was no exception to this controversial trend of protest, and the victims are mainly young Moroccans at the blossom of their lives.

After a 38-year-old entrepreneur set himself ablaze last March 31 against the overdue service dues owed by the Municipal Council of Aknoul, Taza, the phenomenon is back again in the kingdom.

Abderrahman Chaikh, a 24-year old Moroccan from Tetouan, died on Thursday in Moulay Rachid Hospital in Casablanca after setting himself on fire in the border between Ceuta and Tetouan  in northern Morocco.

Chaikh allegedly set himself on fire in protest against custom authorities in Sabta who confiscated his merchandise, worth around 7000 DH ($900). He was rapidly taken to Moulay Rachid Hospital in Casablanca, where he died at 2:00 am on Thursday.

According to many sources, a considerable crowd of outraged Moroccans head right after Chaikh’s funeral in Tetouan to the house of a custom official, accusing him of being the one whi have caused Abderrahman Chailh to set himself on fire.

The outraged crowd incriminated the custom services and held them responsible for the tragedy. They also called on the government to promote job creation and launch large scale project that would offer young jobless Moroccans decent jobs and spare their families such tragedies.