SUEZ  – An Egyptian security source said that explosive charges have been found at a rail line in the canal city of Suez on Friday. 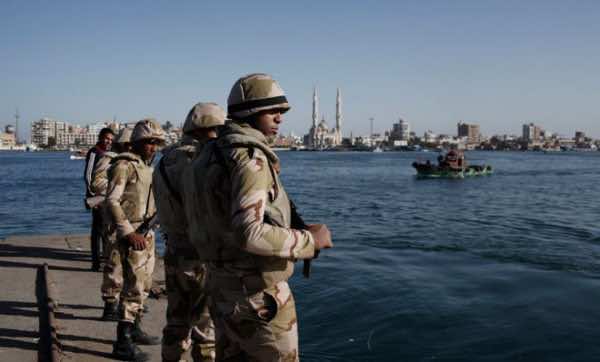 SUEZ  – An Egyptian security source said that explosive charges have been found at a rail line in the canal city of Suez on Friday.

The source said that the three artillery shells had been found on the Suez-Ismailia rail line and were meant to target a train commuted by more than 2,000 army soldiers and citizens.

“The explosives were ready to go off at 6am (Cairo local time) when a train commuted by more than 2,000 army soldiers and citizens passes by,” the security source told Anadolu Agency.

Police and army troops have combed the area and launched a manhunt for suspects.

Following the discovery, security forces in Suez were put on alert. Security was also beefed up at the southern entry of the Suez Canal and checkpoints between Suez and other provinces.

Suez security chief Khalil Harb said that the security situation was under control and that army and police forces were cooperating to secure facilities in the canal city.