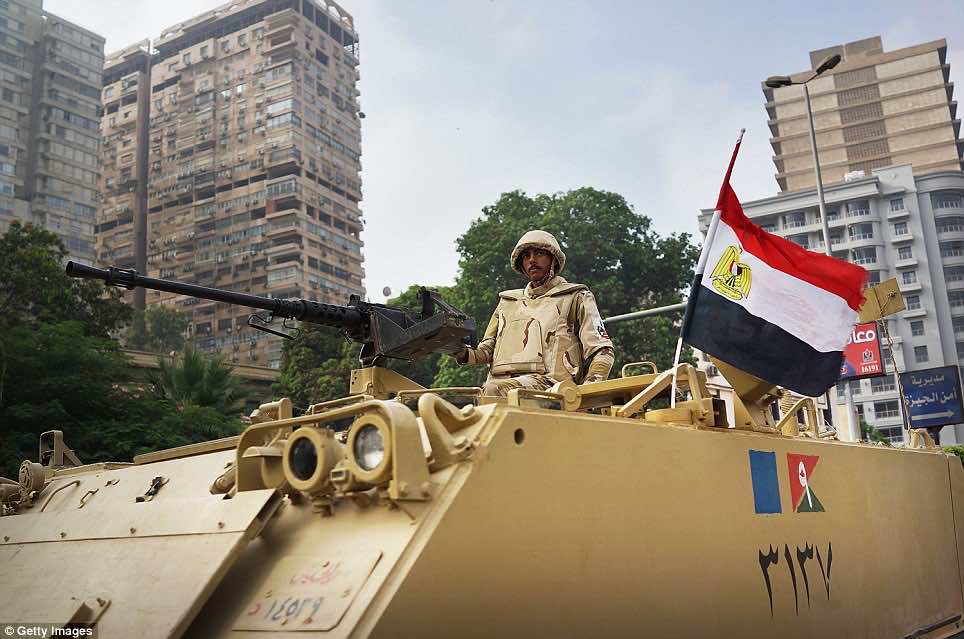 The sources said that the operation was carried out in the cities of Sheikh Zuweid, Rafah and eastern Arish.

Eyewitnesses said that 10 houses and a car belonging to the militants were burnt during the operation.

Witnesses earlier said that six Egyptian army helicopters shelled the villages of Al-Touma and Al-Muqataaa in the city of Sheikh Zuweid.

Armored vehicles were also seen moving into the area, a move seen by a security source as the start of a campaign to hunt down militants for involvement in attacks against army and police personnel and civilians in Sinai in the past two months.

The source described the campaign as the “strongest” of its kind.

On Tuesday, at least eight militants were killed and 15 others injured when military helicopters struck suspected arms depots in the two villages.

But residents said that a mosque and six houses were damaged in the shelling.

Egypt’s Sinai Peninsula, which shares borders with both Israel and the Palestinian Gaza Strip, has seen almost daily attacks by unknown gunmen since the July 3 military ouster of democratically elected President Mohamed Morsi.

Last month, 25 policemen were killed in North Sinai in an attack by suspected militants.