DAMASCUS (AA) - More than 10,000 children have been killed in Syria since the start of violence in this country, according to Syrian Network for Human Rights. 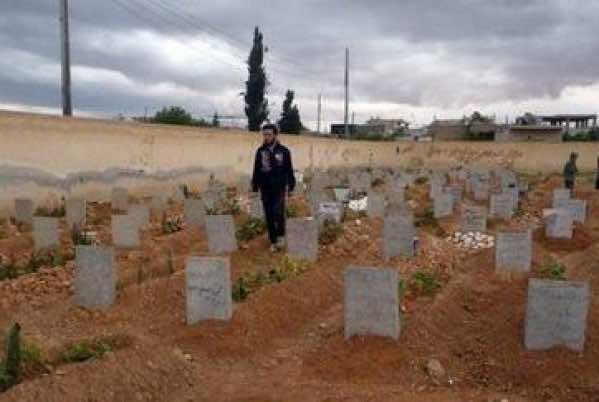 DAMASCUS (AA) – More than 10,000 children have been killed in Syria since the start of violence in this country, according to Syrian Network for Human Rights.

A written statement by the group said 10,913 children, 2,305 of whom where younger than 10 were killed during the operations by Assad regime in Syria. 3,399 female children lost their lives, the statement added.

Syrian Network for Human Rights also said that there were 9,000 children younger than 18 in prisons in Syria and 79 children lost their lives under torture.

It also said that 88 percent of those who were killed in Syria were civilians and this was the greatest massacre that targetted civilians since the World War II.

According to the network, most children were killed in cities of Aleppo, Homs and Idlib and in Damascus suburbs.