LONDON - About 500 supporters of the far-right group the English Defence League (EDL) attended a march in east London on Saturday. 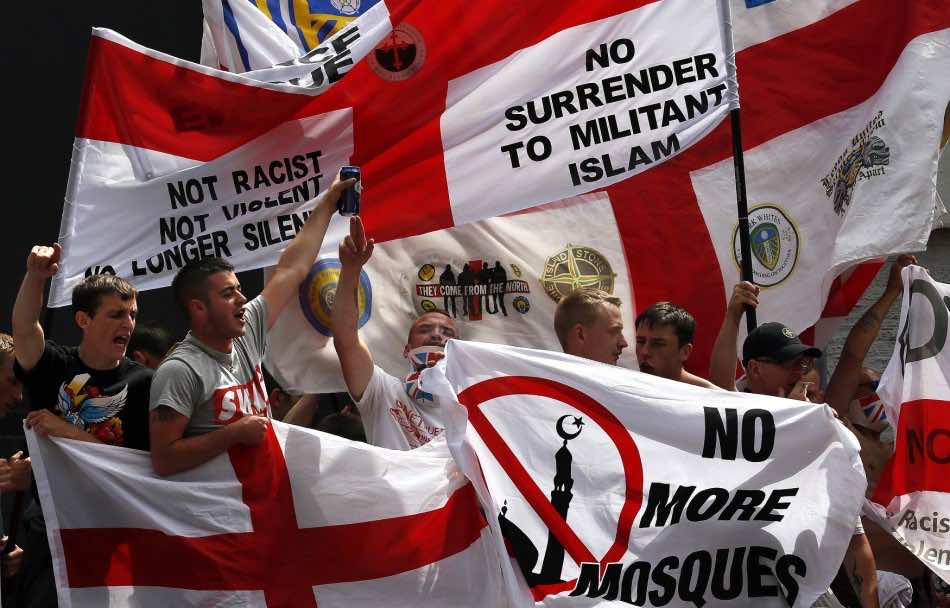 LONDON – About 500 supporters of the far-right group the English Defence League (EDL) attended a march in east London on Saturday.

The march kicked off from Queen Elizabeth Street passing from Tower Bridge heading to Aldgate. The EDL group were supervened by about 3,000 police officers. During the demonstrations London’s security officers detained at least 10 people.

On Friday, the EDL lost a High Court case after police cut short the march route of the group through Tower Hamlets area of the city.

Furthermore, the London Metropolitan police were worried and had concerns that the march would cause disturbance in the area. Another concern of the police was that there were several mosques on the march route of EDL.

Tower Hamlets area where EDL planned its route to go from is home to one of the biggest Muslim populations of Britain.