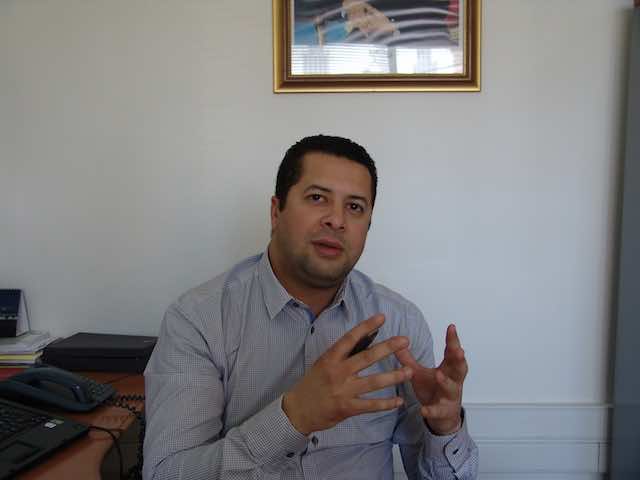 By
Jamal Saidi
-
Jamal Saidi is an English teacher.
Sep 7, 2013
Spread the love

Casablanca- Mohamed El Gherras, 36 years old, was appointed the Director of Human Resources in the Department of Sports, according to a government press release regarding appointments of senior positions in the government.

Mohamed El Gherras is affiliated with the Popular Movement party. He is a director of one of the strategic public institutions.

He wrote a thesis on the sports economy for his master’s degree, which he obtained in from South Korea. He conducted his undergraduate studies at Al Akhawayn University in the city of Ifran, from which he earned a bachelor’s degree.

He received a diploma in strategic planning from Germany. He also received certificates on project managements from Stanford University in the United States.

Mohamed El Gherras joined the Kenitra Club of Basketball as vice president for the 2008-09 season. Two years later, he was unanimously elected as a president of the club.

During the first year of his presidency, the club ascended to the Moroccan premier league of basketball, winning the championship of the second national division. The club’s youth team in their turn won the national championship of Morocco.

As a president, he managed to sign a partnership with the municipal council of Kenitra, which would offer the club some sort of financial stability. It would also give it access to one of the new halls in the city. He additionally succeeded in convincing private sponsors to support the club. He also opened membership for the qualified young people in the area.

Mohamed El Gherras resigned from his position as the president of the club seven months ago.

Last year, he decided to present his candidacy for the presidency of the Moroccan Royal Basketball Federation following his experience in management as president of the Kenitra Club of Basketball.