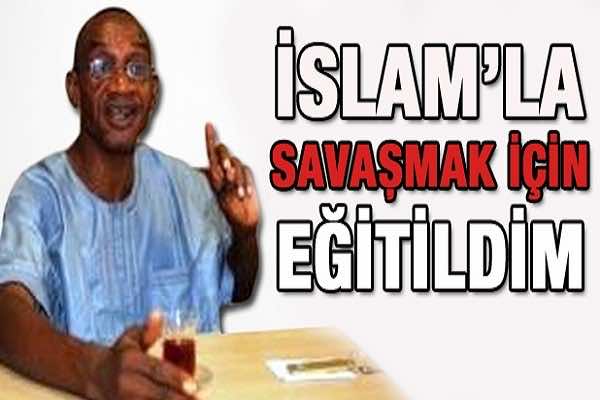 SAKARYA- After years of efforts to persuade Muslims to adopt Christianity, Musa Bangura now calls on people to choose Islam

Abandoned by his wife and his family after he decided to become a Muslim, Musa Bangura is now calling on people to choose Islam, he told Anadolu Agency.

“For many years, I tried to persuade Muslims in my country to adopt Christianity, then I had a dream in which I was invited to adopt Islam,” he said, adding he had the same dream three times one after another.

Pointing out all his possessions were seized after his convert to Islam, he stressed that Islam was what really mattered for him.

He stated that the first thing he did after adopting Islam was to make more research on Islam and said, “I revealed the contradictions in Christianity which resulted in my discussions with Christian priests. I proved them that Islam is the real religion.”

Bangura said he set up a web site named ‘Why Islam’ through which he told people why Islam is the real religion and revealed the contradictions in Christianity. Until now, over 8,000 people has adopted Islam thanks to the website, he said. “I now work for the Christians in my county and try to help them realise the truth and choose Islam.”