CAIRO – Egyptian security forces found and defused an explosive device at a government service center in the coastal province of Alexandria, a security source said on Sunday. 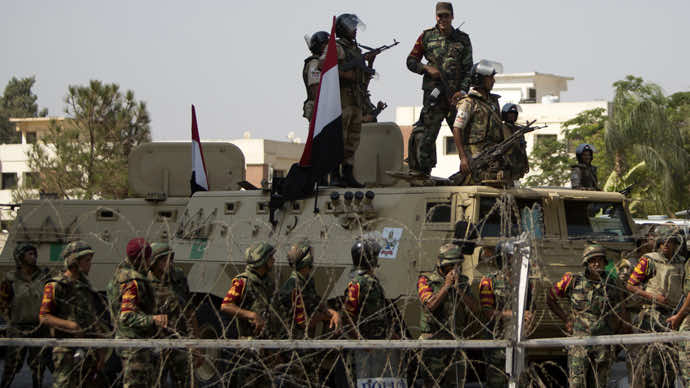 CAIRO – Egyptian security forces found and defused an explosive device at a government service center in the coastal province of Alexandria, a security source said on Sunday.

Employees at the Derbala insurance and pension office in Alexandria reported a suspicious package inside the building, the source, who asked to remain anonymous, told Anadolu Agency.

Security forces and bomb disposal personnel arrived in the scene and found a homemade bomb inside the parcel, the source said.

He added that the authorities have launched a manhunt for the person who placed the bomb inside the center.

On Saturday, explosive charges have been found at a rail line in the canal city of Suez.

On Saturday, a security source said three artillery shells had been found on the Suez-Ismailia rail line and were meant to target a train commuted by more than 2,000 army soldiers and citizens.

The failed attack came two days after the country’s interior minister Mohamed Ibrahim survived an assassination attempt when at least one explosive charge went off under his car as he left his home.

One conscript was killed and more than 20 people were injured in the attack, including ten of the minister’s guards.

No individuals or groups have claimed responsibility for the operation.

Ibrahim, for his part, did not rule out the possible involvement of “foreign” parties in the assassination bid – in coordination, he said, with domestic groups – with the aim of “triggering a state of terrorism.”