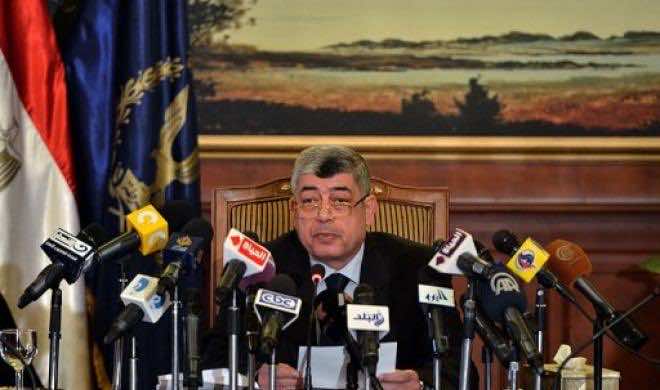 An Al-Qaeda-inspired group based in Egypt’s Sinai has said it was behind a bombing that targeted the interior minister in a failed assassination attempt, a statement on militant Islamist forums said.

“God has allowed your brothers in Ansar Beit al-Maqdis to shatter the security organisation of the murderer Mohammed Ibrahim through a martyrdom operation,” the group said in the online statement, pledging further attacks.

A car bomb ripped through the interior minister’s convoy as he was leaving home for work on Thursday, killing one person.  Ibrahim, who was travelling in an armoured car, was unscathed.

In the statement, the militant group which has in the past claimed attacks against neighbouring Israel, apologised “for not killing the tyrant”, threatening another attack against him and army chief Abdel Fattah al-Sisi.

The group blamed both men for the killings of hundreds of Islamist supporters of president Mohamed Morsi, overthrown by the military in a popularly backed coup on July 3.

“We vow to God to avenge all those who killed Muslims and assaulted their honour, the foremost being Sisi and Mohammed Ibrahim,” the statement said.

“We call on all Muslims in Egypt to stay away from all military and interior ministry installations to preserve their lives,” it added.