TAROUDANT- Morocco - France’s Minister of Education, Vincent Peillon, introduced Monday the "secular chart" which will be into force in all public schools in France this week. 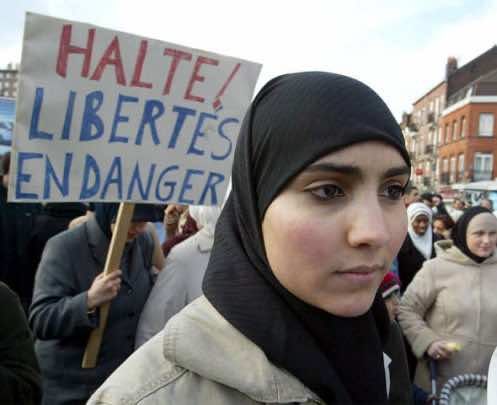 By
Larbi Arbaoui
-
Larbi is a freelance writer and assistant editor at Morocco World News.
Sep 9, 2013
Spread the love

TAROUDANT- Morocco – France’s Minister of Education, Vincent Peillon, introduced Monday the “secular chart” which will be into force in all public schools in France this week.

The “secular chart“, including 15 items of neutrality, will be posted in “reception areas and passages of schools” in all public educational institutions of the republic, banning the wearing of religious symbols in schools.

The Article 2 of the Charter states that “the state is neutral towards religious or spiritual beliefs.” However, Article 14 states that “the wearing of signs or clothes by which pupils overtly manifest a religious affiliation is prohibited.”

“90% of Muslims will feel to be targeted by this policy,” Dalil Boubakeur, president of the French Council of Muslim Faith (CFCM), was quoted as saying by AFP.

In response to the potential uproar that may be caused by the new charter, the French Minister states that the charter is neutral, saying that “Secularism is not directed at precisely any particular religion because it puts them all on an equal basis.”

A report of “l’Observatoire de l’Islamophobie” found a new increase in anti-Muslim acts in France in early in 2013, a growing phenomenon that causes concern for the French Council of the Muslim Faith (CFCM).

Even though France does not have official statistics on the accurate number of Muslims living in its territory, as the law prohibits any statistics on religious criteria, Islam is considered the second largest religion in the country after Christianity.