INEZGANE, Morocco - Learning German can be quite a challenge, but it can also be fun. Especially if the learner happens to be a Moroccan exchange student far away from both his home country and Germany and learning happens to take place across the Atlantic in the land of enchantment which happens to be in the south west of the United States and happens to be on the border with Mexico and not by any chance happens to be called New Mexico. 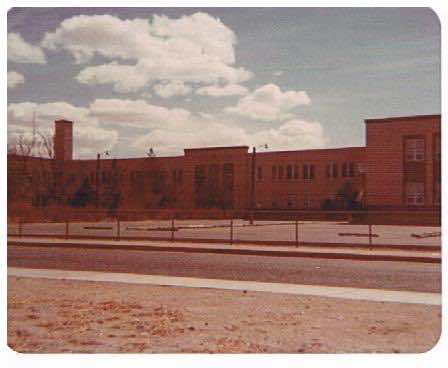 INEZGANE, Morocco – Learning German can be quite a challenge, but it can also be fun. Especially if the learner happens to be a Moroccan exchange student far away from both his home country and Germany and learning happens to take place across the Atlantic in the land of enchantment which happens to be in the south west of the United States and happens to be on the border with Mexico and not by any chance happens to be called New Mexico.

Well, let us cut a long story short and name the city. It is called Albuquerque, the most beautiful and magnificent Albuquerque. In this city, I went to high school and being a lover of languages, I chose among other school subjects to study German. The teacher was a nice but firm German Frau who once rebuked me for failing to be on time for her class after a game of putt-putt or mini golf.

The students were mostly Americans of German decent and learning German for them thus constituted a certain nostalgia as well as linkage to their parents’ culture and heritage. The same could not be said in my case, my situation was a bit odd. Neither the place nor the motivation for me to learn the language was adequate compared to those of my classmates.

During one year of study, I managed to learn quite a bit of German. At the cultural level I developed a certain awareness and appreciation of the German culture, especially because I was a member of the Edelweiss Club within which I learnt quite a bit about German music, painting and social behavior. I have to state that since my early childhood, I was a voracious reader and my elder brother happened to receive, on a regular monthly basis an Arabic magazine that was published in Germany. I am stating this because the magazine offered me some valuable background knowledge about Germany.

It is well worth mentioning that in language classes girls most often outnumber boys, so in my German class I sat between two girls. The two girls however, I could easily tell, were from two distinct social classes. The one on my left was more of a plain working class girl while the other on my right had that magic Von word which preceded her family name and had a somewhat aristocratic air and look.

Well, what is so fascinating about it some would say?  Nothing much except that the Von …… girl was the grand-granddaughter of Albrecht Durer, a great German painter famous for his elaborate and meticulous painting of hands. How did I come to learn about the girl’s great-great grand-father? Well, when she calls you the “Moroccan with fast hands” the rest of the story could be guessed quite easily.