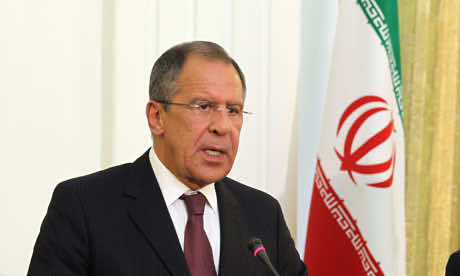 Delivering a speech after his meeting with Libyan counterpart Muhammad Abdelaziz in the Russian capital Moscow, Lavrov said the Russian Foreign Ministry was in touch with the Assad regime and had prepared a ‘roadmap.’

“We, the Russian side, are at the present time working on preparing an effective, clear, concrete plan, for which purpose contacts with the Syrian side are being conducted literally at this minute,” Lavrov said.

“We hope to present this plan in the very near future, and will be prepared to finalize it and work it out with the involvement of all parties, including the US. We are in touch with US Foreign Secretary John Kerry, to whom we spoke on the phone yesterday,” Lavrov added.

He also noted that the offer for the handover would not mean revoking UN investigations in Syria.

Abdelaziz stated that Russia’s offer had not yet been debated at the Arab League, but would possibly have positive results if implemented.