Washington- After being sold into marriage to a 40 year old Saudi man by her stepfather, Rawan, an 8 year old Yemeni girl, died after sustaining injuries imposed by her ‘husband’ whilst consummating the marriage—according to a report by RTL Info. 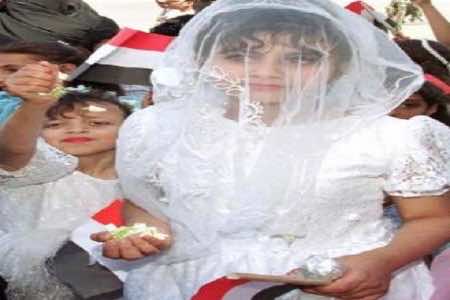 By
Nadia ELBOUBKRI
-
Nadia Elboubkri is a graduate of Temple University where she holds a Bachelor of the Arts in Political Science with a focus on Middle Eastern studies and political economy.
Sep 10, 2013
Spread the love

Washington- After being sold into marriage to a 40 year old Saudi man by her stepfather, Rawan, an 8 year old Yemeni girl, died after sustaining injuries imposed by her ‘husband’ whilst consummating the marriage—according to a report by RTL Info.

Human Rights organizations in Yemen have reported that the young girl suffered from internal injuries, including a torn uterus and died in a hotel room in Hardh. The YemeniCenter for Human Rights stated, “in light of this terrible story, we repeat our demand to see a law passed imposing a minimum age of 18 to be able to contract a wedding.”

Following the news of Rawan’s death and in an effort to launch a campaign to end child marriages, two dozen National Dialogue Conference [NDC] members demonstrated last week during conference sessions.  The Rights and Freedoms NDC committee has been tasked with addressing and reforming the minimum marriage age.

NDC member and head of the Rights and Freedoms Committee Arwa Othman has discussed with the Yemen Times that “[the] child marriage issue was discussed during the first stage of the conference, but no decisions were made because of the strong opposition of traditional, conservative forces. Tribes and religious groups refused to put the issue to a vote.”

A 2012 government-issued report revealed that 48.4 percent of Yemeni women will marry before reaching age 18.