TUNIS - Tunisian prisons and detention centres are facing the risk of "terrorist" acts, the prison officers union said on Tuesday, with several attacks having reportedly been foiled already. 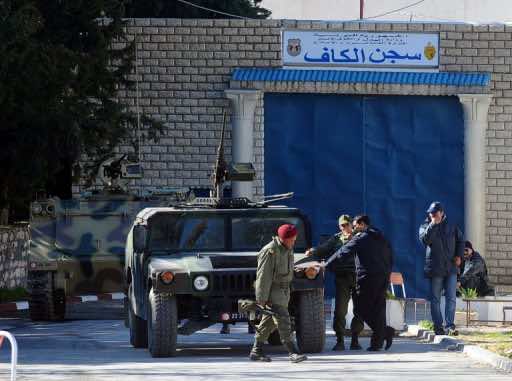 TUNIS – Tunisian prisons and detention centres are facing the risk of “terrorist” acts, the prison officers union said on Tuesday, with several attacks having reportedly been foiled already.

“The Tunisian authorities have been notified by the international organisation Interpol about the existence of a terrorist threat against the prisons,” the union’s secretary general Olfa Ayar told a news conference.

“These threats are illustrated by calls from (Al-Qaeda-linked Salafist group) Ansar al-Sharia to release its detained members,” Sboui told AFP.

“There is daily coordination between the justice and interior ministries to ensure the security of the detention centres, despite the shortcomings” of those centres, he added.

Tunisian prisons are notoriously overcrowded, with some holding three times as many detainees as they were designed for.

There have been a number of large-scale jailbreaks across the region in past weeks, notably in the Libyan city of Benghazi where nearly 1,300 inmates escaped in late July with the suspected assistance of Al-Qaeda.

Following a string of attacks blamed on jihadists, Tunisia’s Islamist-led government has taken a much tougher stand towards extremist groups like Ansar al-Sharia in recent months after being heavily criticised for complacency towards them.