Marrakech  -Morocco is among the most popular destinations in the Mediterranean, said chairman of the international federation of tourism journalists and authors, Tijani Haddad. 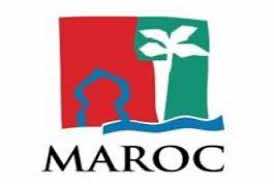 Marrakech  –Morocco is among the most popular destinations in the Mediterranean, said chairman of the international federation of tourism journalists and authors, Tijani Haddad.

Speaking to MAP as he took part on Monday in Marrakech in the Federation congress, Haddad expressed admiration for the development of tourism facilities in Morocco in the last decade, highlighting the legendary hospitality enjoyed by tourists in Marrakech.

He also argued that Mediterranean destinations ought to promote complementarity among them, instead of waging fierce competition.

The Federation has chosen Marrakech and Casablanca for its 2013 congress, general assembly and executive committee meeting.

Over 150 journalists, writers and lecturers from 22 countries are taking part in these meetings that will wind up on September 13.

Founded in 1954, the federation boasts over 600 members from the five continents