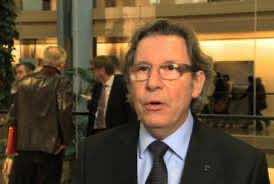 Brussels –  Chairman of the Morocco-EU friendship group at the European Parliament, Gilles Pargneaux, praised the pertinence of the approach adopted by King Mohammed VI in addressing the migration issue.

On Monday, the King “reiterated conviction that the migration problematic, object of legitimate concerns and sometimes of controversies, should be addressed in a comprehensive and humanist manner, in keeping with the international law and within the framework of renovated multilateral cooperation”.

In a statement to MAP, following the publication of the National human rights council’s thematic report on the situation of migrants and refugees in Morocco , the European socialist also praised Morocco’s concern for the respect migrants’ rights and equal rights between Moroccans and foreigners.

He argued that Morocco is confirming its status as a leading country in Africa in matters of human rights defense by endeavoring to design a radically-new migration policy.

Pargneaux went on that the CNDH report showed that Morocco and the EU, which signed a partnership for mobility in June, are sharing the same will to secure a good management of migration flows, and adopt a humane, comprehensive and regional approach.

He also called the EU to support Morocco in its effort and will to set forth a policy that genuinely proects rights, on the basis of international cooperation.

For Pargneaux, the CNDH reports, submitted on Monday to King Mohammed VI, brings a flat denial to all lies on how Morocco manages migration flows, before underlining Morocco’s long tradition as an emigration and host country.