France, Britain and the United States on Tuesday pressed for a UN Security Council resolution to force Syria to destroy its chemical weapons in the face of tough Russian resistance. 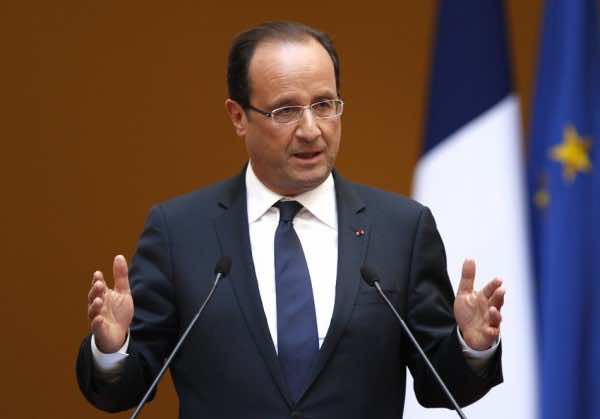 France, Britain and the United States on Tuesday pressed for a UN Security Council resolution to force Syria to destroy its chemical weapons in the face of tough Russian resistance.

But Russia’s Foreign Minister Sergei Lavrov said it would be “unacceptable” for the 15-nation council to pass a text that puts the blame on ally President Bashar al-Assad for an August 21 attack that sparked the threat of a western military strike.

Days of wrangling appeared likely at the Security Council that could take negotiations close to the release of a UN investigation report into the alleged chemical attack.

Diplomats say UN Secretary General Ban Ki-moon could receive a report from the UN team that went to Ghouta east of Damascus as early as this weekend.

Meanwhile, French, British and US envoys held first talks on the new draft resolution that has not been shown to other members.

The text sets fixed “deadlines” for targets that Syria must reach, said one western official. It would be “a last chance for Syria,” added a UN diplomat.

However, France is ready to amend the text as long as the “main principles and aims are preserved,” the French foreign ministry spokesman said after Russia’s complaint.

US President Barack Obama and France President Francois Hollande held talks and agreed they want a diplomatic solution to the Syria crisis but kept “all options open,” a French statement said.

Russia at one stage called an urgent council meeting at which their ambassador Vitaly Churkin was expected to present a rival statement — with no legal force — on Syria. But it called off the meeting as the war of diplomatic nerves was stepped up by Lavrov and US Secretary of State John Kerry.

The two are to meet in Geneva on Thursday.

Syria’s declaration that it wants to join the convention banning chemical weapons also added to pressure to hold back from a confrontation between the major powers.

Fabius said there were five key elements to the French resolution.

First, the UN Security Council must condemn “the August 21 massacre committed by the Syrian regime,” the French minister said.

Syria must agree to put all its chemical weapons under international control so they can be “dismantled,” he added. Third, inspections of its weapons must be carried out by the Organization for the Prohibition of Chemical Weapons.

Fourth, added Fabius, there would be “extremely serious consequences” for Syria if any of its obligations were breached. Finally, Fabius insisted that whoever ordered the August 21 attack had to be dealt with under international justice.

The whole resolution would be backed by Chapter VII of the UN Charter, which can allow military action.

Lavrov made clear Russia’s opposition in telephone talks with Fabius.

“I was given to understand that the Russians, at this stage, were not necessarily enthusiastic — and I’m using a euphemism — about encapsulating all that in a binding UN resolution,” Fabius said of the conversation.