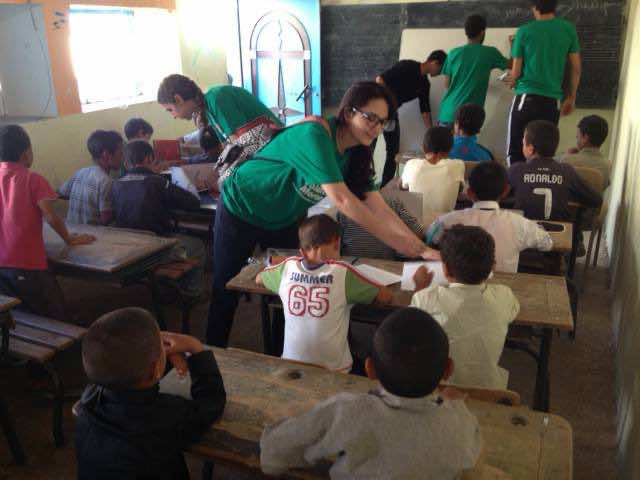 According to UNESCO, illiteracy rates declined from 43% in 2004 to 28% in 2012, and more than 6 million people have so far benefited from literacy programs all over the country.

This noticeable improvement is considered by the Illiteracy Eradication Directorate to be due to the increasing number of literacy program beneficiaries, which moved from 286.000 in 2002/2003 to approximately 763.000 beneficiaries in 2012/2013.

While women make up 88% of the beneficiaries, particularly in rural areas, the total number of people attending such programs is now estimated at more than 6.5 million.

Here, UNESCO also acknowledged Morocco’s continuous attempts to empower women and help them develop micro-economic projects for the purpose of generating an income and attaining their independence.

“Thanks to these programs, I have learned to read and write. I can now read the Quran and understand simple texts in Arabic. Learning has changed my life, “Fatima, one of the female beneficiaries, told the Moroccan national channel 2M.

“Thank God, we have now learned to pray, to communicate with people, and to understand things in life better than before. Also, we have become aware of many facts in life, ” Zahra, another female beneficiary, was quoted by 2M as saying.

“At last, we are given a value in society. We are enjoying our right to learn the basics and understand what is going on around us more clearly, “some female beneficiaries told MWN.

It is worth noting that the department of non-formal education has opened new vistas for Moroccan women, which will facilitate their social and economic integration, better develop their literacy skills, allow them to take part in public life, and more importantly help them find employment.