Casablanca- Moroccan king’s office denied on Tuesday any systematic use of violence by the authorities against illegal immigrants from sub-Saharan African countries, in a statement issued following a meeting between King Mohammed VI, President of the Government and a number of ministers and officials, to discuss the issue of immigration. 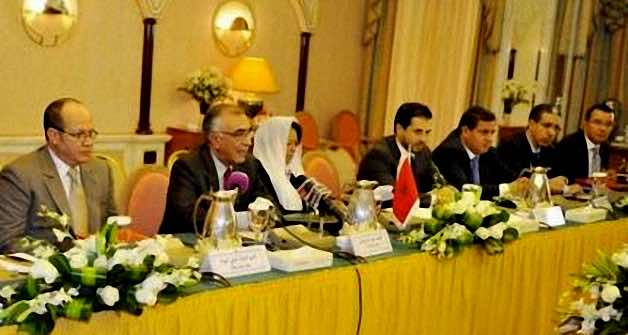 By
Jamal Saidi
-
Jamal Saidi is an English teacher.
Sep 11, 2013
Spread the love

Casablanca- Moroccan king’s office denied on Tuesday any systematic use of violence by the authorities against illegal immigrants from sub-Saharan African countries, in a statement issued following a meeting between King Mohammed VI, President of the Government and a number of ministers and officials, to discuss the issue of immigration.

The statement said that cases of abuse against immigrants remain isolated, rejecting “allegations that attempt to associate the problems of illegal immigrants with violence and violation of immigrant’s human rights.”

Recently, a controversy was sparked in Morocco on the status of illegal immigrants from sub-Saharan African countries following allegations made by some Human Rights associations, saying that authorities abuse the new arrivals and use force during deportations of the illegal immigrants to the borders of some neighboring countries when they fail to reach the Spanish cost, a charge which is denied by Moroccan authorities.

The number of illegal immigrants has seen a noticeable increase.

Most immigrants entered the country through its eastern or southern borders. The statement went on to explain that “due to the potential it takes to provide decent living conditions , Morocco cannot receive all illegal immigrants.”

The same source added that King Mohammed VI stressed the need to “respect the rights of immigrants, implement the law strictly while dealing with them, help those who want to return to their home countries and treat them like Moroccan citizens.”

The statement highlighted that Morocco is witnessing a new form of immigrants, coming mostly from Spain, France and other European countries.

In this regard, the king also stressed the need to “settle their status, just like the rest of legal immigrants, including those coming from sub-Saharan African countries”.

During the meeting, a report was submitted to the monarch by the National Council for Human Rights, a governmental organization, in relation to the situation of immigrants and refugees in Morocco.

The report included recommendations on the issue of immigration.

Recently, Morocco has become a transit point for illegal immigrants from sub- Saharan African countries. However, many of them settled in the country, a reality that made the authorities to think “seriously about this phenomenon.”

According to official statistics, about 15,000 illegal immigrants from sub Saharan countries are currently living in Morocco. The number of immigrants who reach European shores is reduced by 65 per cent.