Morocco World News
Home News Morocco Accusation of Normalization with Israel, a form of extremism to cover up...

CASABLANCA - Ahmed  Assid, a well-known Amazigh activist and researcher, issued a statement to Moroccan news outlets in a response to what he described as a “misleading campaign” led by organizations affiliated with the Islamist ruling party. 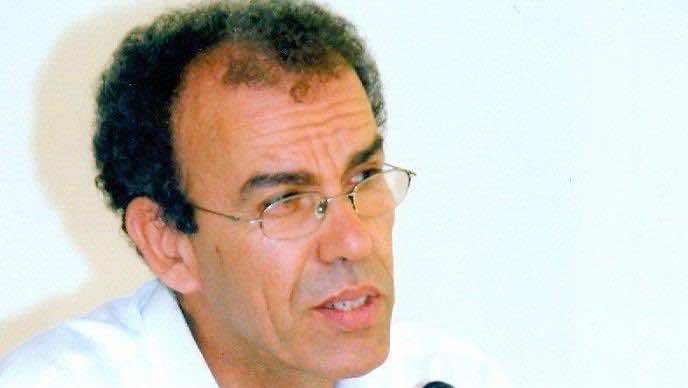 By
Jamal Saidi
-
Jamal Saidi is an English teacher.
Sep 11, 2013
Spread the love

CASABLANCA – Ahmed  Assid, a well-known Amazigh activist and researcher, issued a statement to Moroccan news outlets in a response to what he described as a “misleading campaign” led by organizations affiliated with the Islamist ruling party.

Mr. Assid was accused of “supporting” normalized relations with the Hebrew state through holding a  meeting with  a group of Jewish students from Israel earlier this month. He depicted the accusations as a form of fanaticism and extremism.

The following are the main points highlighted in the statement as published by the news website Lakome:

My stance remains unchanged regarding the Palestinian cause, a stance which is also the initial view of all democrats. It considers Israel to be a state of occupation and clings to the Palestinian right till the establishment of an independent Palestinian state. It also condemns all forms of oppression to which Palestinians are subjected in their land.

However, we do not agree at all on the meaning of “normalization” as defined to fit standards set by certain people, ordering others to abide by it as a military discipline. The kind of normalization we reject is that which is linked with Israeli state and its institutions and policies, and with officials who represent the authority or hold position of whatever responsibility.

To regard holding talks with Jews of Moroccan origin, particularly students or researchers or intellectuals from Israel or any other country in the world, about Moroccan issues as a  political normalization with the Hebrew state and waste of Palestinian blood involves a great deal of fanaticism and extremism. It is also an unacceptable prejudice, and a kind of delirium that is not going to be taken seriously.

Their quest, referring to the Islamists and Arab nationalists, to pass a law called “criminalization of normalization” is an attack on the freedom of others in their right to differ politically and ideologically. It is also an attempt to establish the inquisition in the name of Palestinian cause. The proposal would be acceptable if it addressed those who deal with the Israeli state directly or justify or support its policies of occupation.

We wonder why the Islamists and Arab nationalists point exclusively an accusing finger at Amazigh activists regarding “normalization”, bearing in mind that the aforementioned group met several Moroccan personalities who are not affiliated with the Amazigh movement. We shall be, therefore, happy to hear their justification upon these strange and unfair accusations.

If the Islamic trend who rules the country and is responsible for its borders, sovereignty and airports were serious in its claim that all Moroccan Amazigh Jews are Zionists, what then prevented them to arrest those “Zionists” who entered the country legally, made tours,  stayed in its hotels and visited its touristic destinations.

The true normalization is the presence of an Isreali political figure in the conference of the PJD, not sitting with Jewish students and researchers in a discussion about Amazigh issue.

The number of Jews who visited Morocco each year reached 50 thousand. It is up to the PJD members and Arab nationalists to delve deep into the hearts of the Israelis to distinguish a “Zionist” from a non-Zionist, letting us know whom to avoid or to deal with.

Instead of their tendency to associate, in a misleading way, “normalization” with the Amazigh activists, PJD followers are required to stay courageous and reveal through their media the identities of the 28 thousand Moroccan visitors to Israel.

Amazigh Jews from various parts of the country are the overwhelming majority of those who left Morocco in difficult circumstances. They belong to what we consider Amazigh Diaspora across the world. We are also pleased to see them investing in their country and contribute to the development of areas of their origin from which they came, and which Islamists and Arab nationalists don’t even know about their existence. That was the idea behind the establishment of “Amazigh Jewish Friendship Association.”

Mr. khalid Soufiani , an attorney and  the chief coordinator of  what was known as “ The National Action Group for Solidarity with Iraq and Palestine,”  contacted the Minister of Interior asking him  not to recognize the association legally. Amazigh activists have never taken similar steps against setting up an association by Islamists or Arab nationalists.

PJD’s ongoing tendency to exploit the Palestinian issue was fruitful during the party’s presence in the opposition as it served as a mechanism to gain popularity. Now, it is irrelevant in the sense that Moroccans expect the Islamist party to address their country’s major crisis instead of exploiting events of secondary importance in order to cover up the governmental failure.