Washington - In light of the stream of allegations of racism against Sub-Saharan immigrants in Morocco, the government has decided to take action. 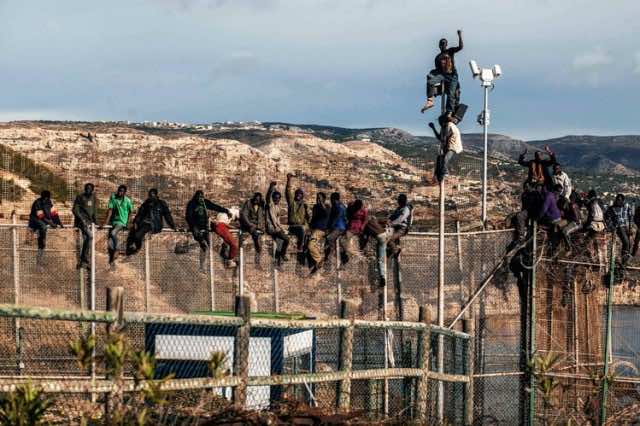 By
Nadia ELBOUBKRI
-
Nadia Elboubkri is a graduate of Temple University where she holds a Bachelor of the Arts in Political Science with a focus on Middle Eastern studies and political economy.
Sep 11, 2013
Spread the love

Washington – In light of the stream of allegations of racism against Sub-Saharan immigrants in Morocco, the government has decided to take action.

Yesterday, the King announced an anti-racism and immigration integration reform that is meant to protect the migrant community and pioneer anti-discrimination initiatives in the Maghreb.

After recent reports released by the National Human Rights Council [NHRC] pointing out Morocco’s capacity for hospitality and non-discrimination, the NHRC stated that the national and international legal framework for foreigners in Morocco and in particular the Constitution guarantees the principle of non-discrimination, the right to asylum and the equality of rights between nationals and foreigners.

Shortly thereafter, King Mohammed VI acknowledged and commended NHRC’s recommendations and reiterated his belief that the immigration issue raises legitimate concerns and must be approached holistically and from a humanist perspective. His solution was to regularize the residency status of all immigrants in Morocco, including Sub-Saharan migrants and Europeans.

Though pleased with the King’s initiative and quick turn-around, the Sub-Saharan migrant community is pushing for further reforms—mainly to quell future discrimination. Migrants in Morocco face daily discrimination at the societal and institutional level. As they have very few rights under Moroccan law, their options are limited for changing their position.

In this respect, the NHRC has released a report detailing its recommendations for Sub-Saharan migrants and asylum seekers.

The NHRC’s recommendations include:

1)  Establishing a national institutional framework for asylum seekers and refugees which includes policy inclusion of such refugees in healthcare, education, training, and employment;

3)  To pay particular attention to the material and legal support of unaccompanied foreign minors and of migrant women, particularly concerning the psychological and medical treatment of victims of violence;

4)  Developing training programs for administrations and authorities responsible for the issue of migration including police, border control, prison staff, etc;

5)   Banning all forms of violence against migrants and ban exploitation of migrants in the workforce to curb human trafficking;

6)   Facilitating registration of new births in Morocco and death certificates.

The NHRC also urges the government to take into consideration the effects of media on public awareness and encourages them to educate the media on such issues.  Particularly, the NHRC calls on the media and Moroccan journalists to refrain from broadcasting any message inciting intolerance, violence, hatred, xenophobia, racism, anti-Semitism and discrimination toward foreigners; to promote a balanced journalistic discussion and analysis of immigration by focusing also on its positive aspects; to combat stereotypes and negative discourses on migration; and, to actively contribute to awareness against racism and xenophobia.

With the King’s willingness to open Morocco’s doors and recognize the migrant community as residents and members of Moroccan society, the Sub-Saharan community and their advocates now have the opportunity to influence the government to make further changes—it is their time to act.