WASHINGTON - US House Republicans used the occasion of Wednesday's 9/11 anniversary to demand Obama administration  accountability over a deadly attack on the American mission in Benghazi, Libya one year ago. 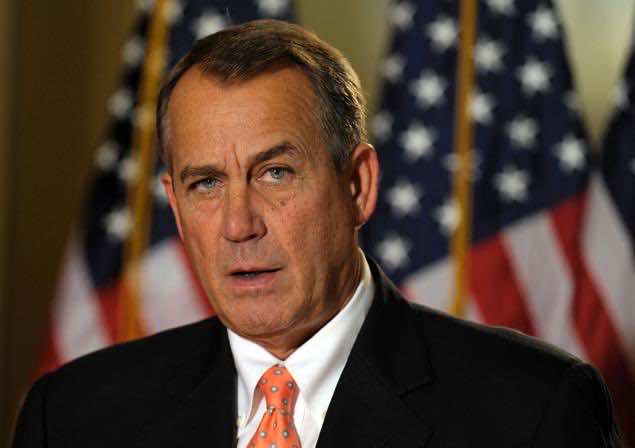 WASHINGTON – US House Republicans used the occasion of Wednesday’s 9/11 anniversary to demand Obama administration  accountability over a deadly attack on the American mission in Benghazi, Libya one year ago.

House Speaker John Boehner accused President Barack Obama’s team of not being “up front” about circumstances of a raid by militants which left four Americans dead last September 11, the same anniversary as that of the terror attacks of 2001.

“For the past year, this administration has failed to provide sufficient answers, fully comply with subpoenas, and make available relevant individuals to provide testimony,” Boehner said in a statement.

“In short, this administration hasn’t been up front with the American people or this Congress,” he added. “Republicans will not stop until we get to the truth.”

Benghazi caused a deep rift in Congress, as Republicans accused the White House of downplaying the event in the midst of the 2012 presidential campaign and launching a cover-up about the nature of the attack.

On Tuesday the White House remembered the victims including US ambassador Chris Stevens, updated Americans on security measures put in place to secure US assets and interests worldwide, and renewed its commitment to bringing the perpetrators to justice.

Darrell Issa, chairman of the powerful House Oversight and Government Reform Committee and the congressman seen as the main attack dog on Benghazi, has held several hearings on the issue since last year, summoning Attorney General Eric Holder and other senior officials to testify.

On Tuesday he announced he was convening another hearing, set for next week, to question members of the State Department’s Accountability Review Board, whose in-depth examination of the attack and its aftermath had led to no disciplinary action.

“In the year since Benghazi, we have seen a total lack of accountability from this administration and many important questions have still not been answered,” he said.

Gohmert accused the administration of “a year of obfuscation” around Benghazi, but dismissed suggestions his fingerpointing was violating the unity usually displayed by lawmakers on 9/11.

“If we will not remember the lives that were sacrificed a year ago on their anniversary of dying, then when are they going to be honored, and when will their blood require the truth to come out?” he said.