BERLIN - A German federal court Wednesday rejected an appeal by a Muslim schoolgirl who wanted to skip swimming lessons because she was uncomfortable being close to bare-chested boys in the pool. 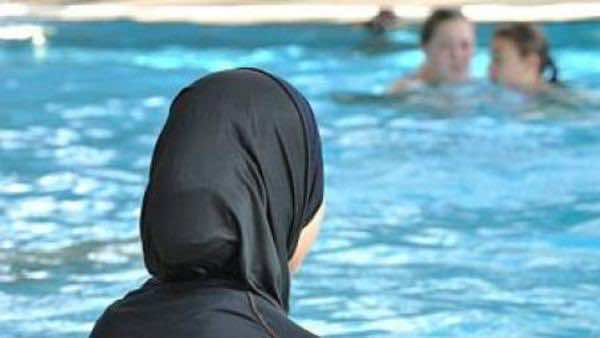 BERLIN – A German federal court Wednesday rejected an appeal by a Muslim schoolgirl who wanted to skip swimming lessons because she was uncomfortable being close to bare-chested boys in the pool.

The Federal Administrative Court in the eastern city of Leipzig said the girl could wear a full-body swimsuit known as a “burkini“ to help maintain her religious beliefs.

It argued that in the summer, outside of school, men also went about bare-chested and school could not suppress the “social reality“.

The girl, originally from Morocco but going to school in the western German city of Frankfurt, had refused to take part in swimming lessons when she was 11 and had been marked down accordingly.

She claimed the right to skip the classes, with her lawyer arguing that according to the Koran, she was not only forbidden from showing herself to boys but also from seeing the topless boys.

The Leipzig court‘s decision upheld a September 2012 refusal by an administrative court in Kassel,western Germany, which had said the “burkini“ was already used by several girls at her school and would be enough to guarantee her religious freedom.

The family had chosen to live in Germany where mixed swimming classes were the norm, the court pointed out in last year‘s decision.