MIAMI - A controversial Florida pastor was arrested Wednesday before he planned to burn almost 3,000 copies of the Quran on the anniversary of the 9/11 attacks, U.S. media reported. 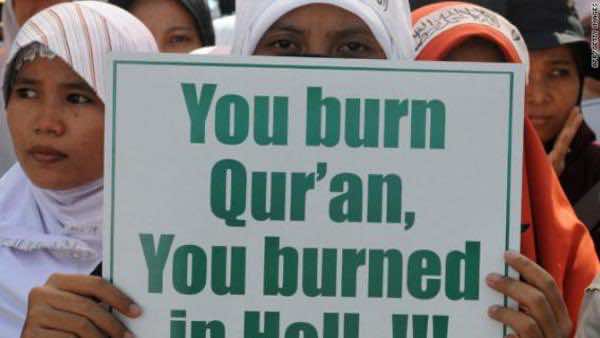 MIAMI – A controversial Florida pastor was arrested Wednesday before he planned to burn almost 3,000 copies of the Quran on the anniversary of the 9/11 attacks, U.S. media reported.

Terry Jones, 61, was detained in the town of Mulberry, near Tampa, and faces charges of transporting fuel illegally and openly carrying a firearm, the Orlando Sentinel said.

Deputies said Jones was riding in a pickup truck that was towing a trailer carrying a large barbecue-like grill filled with kerosene-soaked Qurans. He also had extra bottles of the fuel inside the truck bed, the Sentinel reported.

Jones’s planned public burning of the Muslim holy book came with tensions high in the Middle East, and with possible international military action in Syria still on the table having been touted by U.S. President Barack Obama.

According to Jones’s website, he had plans to burn 2,998 Qurans in the Tampa Bay area on Wednesday, in recognition of victims of the September 11, 2001 attacks. Jones was arrested alongside Associate Pastor Marvin Sapp minutes before the scheduled burning, the Sentinel said.

As pastor of Dove World Outreach Center in Gainesville, Florida, Jones in 2010 threatened to burn copies of the Quran, drawing widespread outrage in the United States and abroad, before he called the plan off.

In 2011, however, his congregation did burn the Muslim holy book and the following year he promoted an anti-Islam film. All three incidents sparked violence in the Middle East and in Afghanistan and came despite pleas from US military officials to desist.