SKHIRAT, Morocco - Morocco plans to nearly double its phosphate output over the next five years, despite a fall in global prices, at a planned cost of 15 billion dollars, the state company said Thursday. 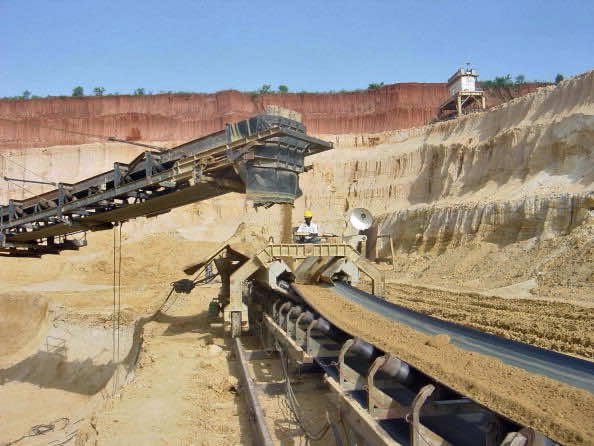 SKHIRAT, Morocco – Morocco plans to nearly double its phosphate output over the next five years, despite a fall in global prices, at a planned cost of 15 billion dollars, the state company said Thursday.

The North African country, the third largest producer of phosphates, holds more than 70 percent of global reserves and is the top exporter of the mineral used in agriculture and industry.

“Our annual production of treated phosphate now is 30 million tonnes, and by 2017 it will rise to 50 million tonnes,” Mohammed Soual, chief economist at the Moroccan Phosphate Company (OCP), told AFP.

He said the state-owned company, which controls the Moroccan phosphate sector, would also raise its downstream fertiliser output from 3.5 million to 10 million tonnes per year over the same period.

“The total investment required is 130 billion dirhams (15 billion dollars),” Soual added, speaking on the sidelines of an industry conference near Rabat.

Morocco’s sales of phosphates, which Soual said account for 28 percent of export earnings, amounted to 23.25 billion dirhams (2.8 billion dollars), according to official figures.

But that represented a fall of 18.3 percent compared with the same period in 2012, which Soual attributed to the drop in global prices.

He insisted, however, that the company would forge ahead with its investment plans, which he described as “very credible” and important in helping secure world food supplies, by enhancing agricultural productivity.

The extra production is expected to come from mines at Khouribga and Benguerir in central Morocco.

The kingdom has been battling an economic crisis over the past two years linked to the downturn in Europe, its top trading partner, with a sharp fall in receipts from the other main foreign currency earner, tourism.

In a bid to fix its ailing finances, Morocco’s Islamist-led government is to begin implementing controversial reforms of the country’s costly subsidies system, with a hike in fuel prices expected next week.