Rabat - On that mountain hill he stood, where he could see the whole picture crystal clear. Tears in his eyes, he barely could move, not because he was old or misshaped; he never felt that much stronger before. It was spring warmth, everything around him was so much indescribable. How in the world did I get to stand here after everything I've got myself into? He wondered. 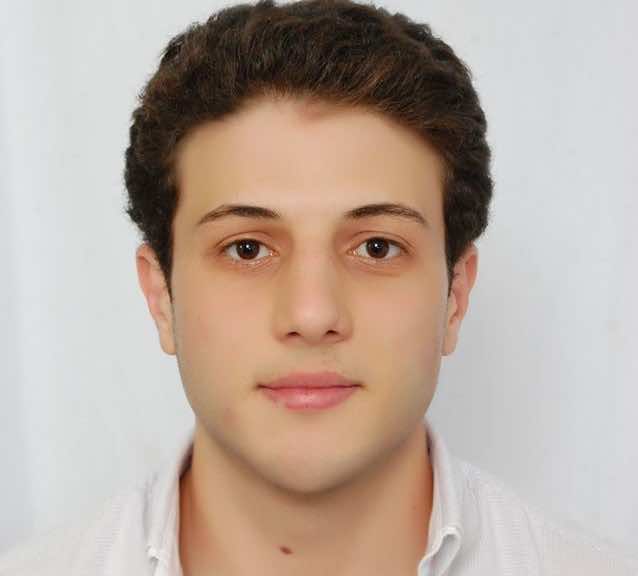 By
Youness Chahdi
-
Youness Chahdi is an engineer in Finance from the National Institute of Statistics and Applied Economy (INSEA) in Rabat.
Sep 16, 2013
Spread the love

Rabat – On that mountain hill he stood, where he could see the whole picture crystal clear. Tears in his eyes, he barely could move, not because he was old or misshaped; he never felt that much stronger before. It was spring warmth, everything around him was so much indescribable. How in the world did I get to stand here after everything I’ve got myself into? He wondered.

Under a forty years bird travel tree shade he stared utterly amazed at his belongings, castles, palaces, gardens, rivers, lakes… as far as he could see every single thing his eyes sat upon was his. He was granted ten times a king’s wealth and more things he never thought existed before.

A soft melodious voice reached to his ears, for a moment he could not respond, it took him a while to realize that it was his name that has been called. His last contact with a human dated for thousands of centuries, the voice kept calling swiftly on him. Lullabied by the sound, he closed his eyes and he could see her without turning around, he felt like flying. As he pictured her in his mind, she was like a shining pearl. He could not help himself, quickly sped towards her and grabbed her between his arms. Now he could remember not only his name but everything from the day he was born till that precise moment.

Thousands of years ago. Earth…

He has returned from Fajr prayer a while ago and decided to get some more sleep. She heavily moved to his bedside and firmly rested her head on his chest. He was aware of the probable mood swings at this stage. Before he could say anything, she randomly handed him one of the books she had by her bedside. Silently he opened the book at the passage she liked most, he started reading.

“…The way her body existed only where he touched her. The rest of her was smoke.” As he was pronouncing the words, she was swaying his right hand on her Belly. Lullabied by the symphonic voice she wanted to always live in the kingdom of his heart. To her, not only was he a husband but an addictive drug she couldn’t quit.

In a cold rainy night, he found shelter in an old forsaken crowded tree garden in front of a mosque. The heavy silence of the winter nights was only interrupted with sudden meaningless chants of a homeless junky. As he was getting sober from the cheap red wine in the green plastic bottle, which rarely quit his hands, Fajr azan rose from across the street.

Dizzied by the loud sound, memories kept flowing. Each and every time such a thing occurs, he quickly reaches to gulp wine, smoke pot or sniff whatever drug he has, avoiding any mental effort susceptible to lead to early day’s memories. It was happening again, he hastily obtained the bottle beside him but it was empty. Cigarettes in his pocket were wet. Vainly searching for any drugs that he might have wrapped into his old torn coat, a beautiful Quran recitation sounded outside the mosque.

Too late for drugs, inside his head flash backs were roaming. Childhood souvenirs, conversation fragments, familiar places… and faces, a lot of faces he couldn’t recognize. All the emerging memories caused him a great deal of pain. The prayer was finished, a few minutes later the streets were deserted again. Struggling to ease the pain, the posture of a young man waiting in front of the women’s door of the mosque caught his attention. A lady in here late twenties came out to join the young man followed by a beautiful little girl. It doesn’t take Poirot’s little grey cells to figure out that they were a family. At the sight of the little girl, instantly he regained every single memory of his early life.

For a moment he closed his eyes, their first intimate conversation played itself.

… Newly wedded, they were sitting in a garden bench between the sea coast where they just had come from a long night stroll and the hotel where they were spending their honeymoon. Leaning against his chest, his arms were around her. He had never touched a girl before. Silence filled the air, the only sounds that they could hear were each other’s beatings of hearts. For a while, no words were said. Their eyes met, their soul’s together knotted, her lips moved, she whispered the three words. Not to his heart did they reach, but to his soul. He responded with a melancholic smile wishing their paths never crossed. He knew she was the one and he hated to be in love. Repeatedly she pushed him a bit away to deeply smile at him seductively, he ignored her attempts. She finally got tired and settled for the dominating feeling of having a man.

The lust of the memory quickly faded into bitterness, strong bitterness combined with remorse and regret. In a flash, his mind was broadcasting a memory he buried deep down in his heart long ago.

…His office phone rung, automatically he answered in an ordinarily tone. The receiver at his ear, his face was becoming pale and serious, he loosened his tie in a sudden movement, his hands were shaking. He hung up, rushed to the parking lot from where he drove to the hospital. In the clinic corridor, he toughly grabbed a doctor’s arm and asked for the delivery ward. Once there, she was no more…

Miles away… a stranger was reading.

“All hopes of eternity and all gain from the past he would have given to have her there, to be wrapped warm with him in one blanket, and sleep, only sleep”

It wasn’t about him

Now that his senses were back, he regretted not knocking on the open doors of the Almighty’s mercy. He was sorry not crying his loss to the king of all kings, to the merciful Lord. His faith burst. The memory of a story he has read in passing in a religious book made its way to the surface. The story was about a man who killed 99 people and still he was forgiven. Repentance, repentance so maybe just maybe someday he would be reunited again with his wife, with his dream.

Curtained by the garden trees, he was diving in the deep ocean of past. It started raining again, the little girl was ahead of her parents. She was running to the family car parked across the street besides the forsaken garden. His eyes on the little girl, his face was getting snarly. He abruptly broke out of the garden, he was running towards her. The parents’ shouting grew louder and louder, it was too late he was steps away from her…

Drowning in his blood, the city got rid of another homeless junky….

Later on that day, a newspaper published:

Long haired with an untidy beard and wrapped in a torn dirty coat, a homeless junky managed just on time to save a little girl who were carelessly crossing the street from certain death. Unfortunately for him, the speeding truck gave him no chance of survival.

As she always used to do, she pushed him a bit away and stared at his eyes passionately. How could he ignore her attempt? He leaned over towards her face. Something was pulling his pants. He glanced down. She was her, the dream. On his knees he was holding his unborn-child; “Safia” was her name as he always wanted to name her. Under the throne of the creator, they were reunited but this time for eternity. The kiss would definitely wait, carrying Safia in one hand and holding his wife with the other. They were heading for what a human from earth would qualify as wonderland palaces…