Casablanca - In a joint statement issued Wednesday by the Ministries of Foreign Affairs, Interior and Justice, Morocco called on international and regional parties concerned about foreign immigrants, to support the country’s “implementation of a new adopted policy of immigration.” 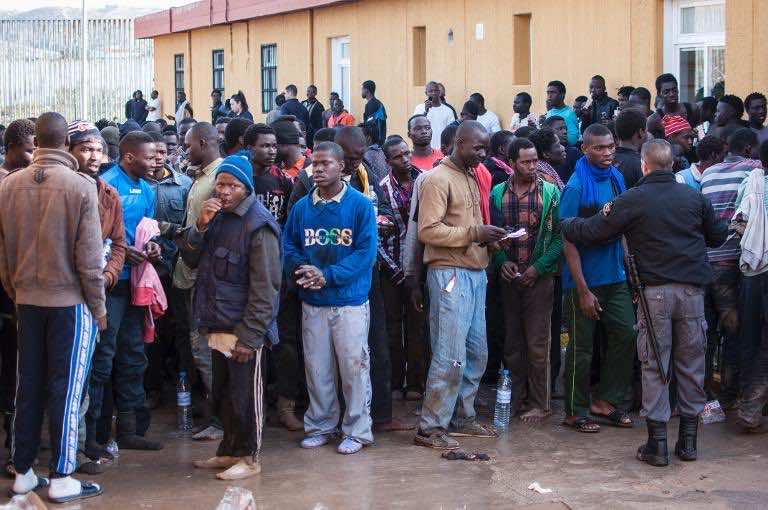 By
Jamal Saidi
-
Jamal Saidi is an English teacher.
Sep 12, 2013
Spread the love

Casablanca – In a joint statement issued Wednesday by the Ministries of Foreign Affairs, Interior and Justice, Morocco called on international and regional parties concerned about foreign immigrants, to support the country’s “implementation of a new adopted policy of immigration.”

The statement, however, did not reveal details of the new policy, and did not name the countries labeled as regional and international parties.

The announcement comes one day after the meeting held Tuesday between King Mohammed VI, the President of the Government and a number of ministers and officials, to discuss the issue of immigration.

The aforementioned ministries, will adopt a new policy in the field of immigration, taking into account the major transformations that this phenomenon has been undergoing at  both international and regional level, especially that Morocco has become a host country, not only a transit point,  for African and European immigrants alike, the same source noted.

Morocco urged neighboring countries to show concrete commitment towards immigration as they are equally concerned about the issue at the regional level, stressing that the kingdom is determined to continue fighting against networks of human trafficking and smuggling of migrants, the announcement stated.

The joint statement added that the authorities will begin to address the issue of asylum, adopting a system that is in conformity with international standards in relation to human rights protection.  Cases of immigrants who reside in the country illegally will also be studied in full respect of the law and immigrants’ rights and dignity.

Recently, Morocco has become a transit point for illegal immigrants from sub- Saharan African countries. However, many of them settled in the country, a reality that made the authorities to think “seriously about this phenomenon.”

According to official statistics, about 15,000 illegal immigrants from sub Saharan countries are currently living in Morocco. The number of immigrants who reach European shores is reduced by 65 per cent.