ALGIERS- Ailing Algerian President Abdelaziz Bouteflika's massive reorganisation of the cabinet, in which he gave key posts to close allies, aims to ensure he has control over his succession next year, analysts and media say. 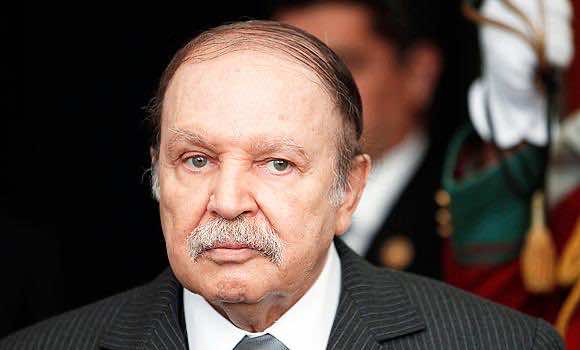 ALGIERS- Ailing Algerian President Abdelaziz Bouteflika’s massive reorganisation of the cabinet, in which he gave key posts to close allies, aims to ensure he has control over his succession next year, analysts and media say.

The reshuffle on Wednesday, the largest since 1990, saw nearly a third of ministers lose their jobs and came after Bouteflika had put a confidante as head of the ruling National Liberation Front (FLN) and trimmed the sails of the powerful DRS military intelligence agency.

It came a year after the last cabinet was formed, and was one of the first major actions by the 76-year-old president since he returned home in July following almost three months in France recovering from health problems.

Another analyst, Nacer Djabi, said “Bouteflika has returned in force, despite his illness, imposing as head of the National Liberation Front a man close to his clan, changes in the DRS and the cabinet reshuffle.”

Two weeks ago, the FLN, which has ruled since independence from France in 1962, chose Ammar Saidani as its new secretary general amid a crisis within the party.

The six FLN ministers who had opposed him were removed from the cabinet, and experts believe his appointment has allowed Bouteflika’s supporters to tighten their control of the party in the run-up to next year’s election.

Shortly before that,  the press reported that the president had taken steps to reduce the influence of General Mohamed Mediene, who has headed the DRS since 1990.

And he has placed under Salah’s command three key units of the DRS — the army’s communications bureau, its central security agency and its judicial police force.

Among key ministers who lost their jobs were Dahou Ould Kablia, at the interior ministry, who was replaced by Tayeb Belaiz, currently head of the constitutional council.

At the same time, Mohamed Charfi leaves the justice ministry, to be replaced by Tayeb Louh, yet another Bouteflika confidante.

Critically, Belaiz and Louh will be responsible for organising next year’s presidential election. Political analyst Djabi noted that these two key posts are being filled by men who come, as does the president, from the western city of Tlemcen.

Bouteflika, who has been in power for 14 years, retains the defence ministry, while the energy and finance portfolios held by Youcef Yousfi and Karim Djoudi remain unchanged.

Looking to next year, Bouteflika’s fragile health has seriously weakened his chances of standing for a fourth term in office, although his supporters have not given up on the idea and he has so far remained mum.

Djabi said “it is unlikely that Bouteflika will stand in 2014, purely for reasons of health.” Regardless, Grim said “the FLN will support the candidate proposed by the presidential clan.” Algerian newspapers echoed that.

El-Watan said that, “with the changes in the FLN and the adjustments at the core of the army, Bouteflika has put in place an apparatus that will allow him to have control over the next election.”

The Liberte newspaper said this was a “masterstroke by a president who, while ill and at the end of his rule, does not plan to go without having laid the ground for a successor that he himself will choose.”

Countering speculation about his ability to rule, the president has been pictured by state media, both in the Paris hospital where he convalesced and back in Algiers, receiving Prime Minister Abedlmalek Sellal and General Salah and discussing the daily affairs of government.