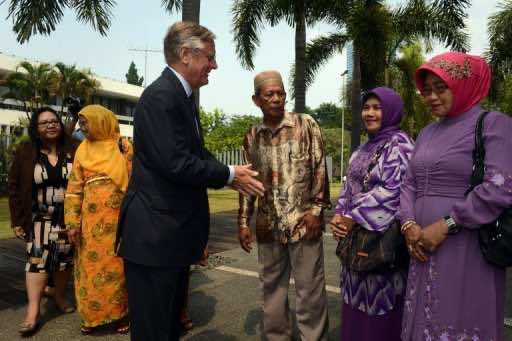 The Dutch government has made a formal apology on Thursday for all executions carried out by the then Dutch army between 1945 and 1947 in its former colony Indonesia during the Indonesian independence war.

Attending a ceremony held in the Indonesian capital of Jakarta, Dutch Ambassador to Indonesia Tjeerd de Zwaan stated that he apologized on behalf of the government of the Netherlands for “all extremism between 1945 and 1947 in the former Dutch Indies.”

The apology came as part of a settlement reached between the Netherlands’ government and widows from South Sulawesi, whose husbands were executed without trial by Dutch soldiers in 1946 and 1947.

The ambassador made the apology also to the widows of the dead, who were not at the cultural centre in Jakarta to hear the apology because they are too old and sick to travel.

Ambassador Zwaan will travel later to Sulawesi to meet the women in person next week, who had the right to claim compensation for their husbands’ deaths.

The Dutch military interventions in Indonesia, or Dutch Indies in its previous name, following the declaration of the independent Republic of Indonesia in 1945, which lasted until the country formally gained independence in 1949 after a bloody struggle.

Thousands of Indonesian independence fighters were executed by the Dutch.

At the end of 2011, the Netherlands formally apologized for the massacre of hundreds of men and boys fighting for their independence in the Javanese village of Rawagede in 1947.

A Dutch court previously ruled in the case filed by the relatives of the victims that the Dutch government should pay compensation as “it is accountable for the executions during the Indonesian independence war.”

At the request of opposition parties, the Dutch government had announced that an apology would be made, which would be succeeded by compensation.