Morocco World News
Home Opinion Op-Eds Al-Jazeera: from the voice of the voiceless to the mouthpiece of the... 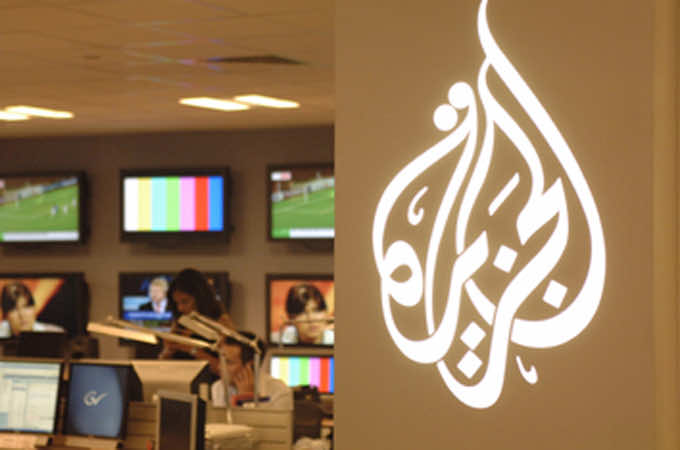 For many years the Arab television broadcaster Al-Jazeera (Arabic) was widely respected for providing professional and balanced coverage for events that affected all the parts of the world. The channel had long been seen as a voice for the voiceless and the mouthpiece of oppressed people who could not get their voices heard in the studios of channels like BBC and CNN.

However in recent years Al-Jazeera has turned from an independent channel into a tool in the service of Qatari diplomacy and later into the unofficial mouthpiece of the Muslim Brotherhood. This change in Al-Jazeera’s aims and strategies caused the channel to be ranked among the least watched channels in the Middle East and North Africa after occupying top ranks for ten years.

Al-Jazeera’s coverage of the wars in Iraq and Afghanistan have been historical by all standards, leading to overwhelming popularity and many international awards such as the Robert F. Kennedy Journalism Award. Hence, Der Spiegel magazine issued a report praising Al-Jazeera and its work stating that, “For over a decade, Al-Jazeera gained more and more popularity and respect with its independent voice which was the only one in the Middle East. It used to represent neutrality in a world controlled by censorship.” However the same magazine issued another report a few years later stating that “in the last year the channel started losing much of its professionalism, therefore losing much of its weight and attractiveness.”

Although, all the recent studies show that Al-Jazeera is losing ground in many Arab countries, the channel’s management seems to live in a state of denial; therefore they keep referring to imaginary and non-existent polls and studies which rank Al-Jazeera as the most watched channel in  MENA countries. For instance in early January 2013 the channel aired a report claiming that the  French opinion polling institute IPSOS had conducted a study which revealed that Al Jazeera was the most watched channel in  the Middle East and North Africa. The report proved to be mere fraud since the administration of the institute denied making such a study and accused Al-Jazeera of insincerity.

Although Al Jazeera’s lie has been exposed, the channel continued its outrageous practices by citing another non-existent study conducted by two media firms in France, which ranked Al Jazeera as the most watched TV channel in the Arab world. The France News Agency (AFP) investigated Al Jazeera’s claim to discover that the two firms that  the channel cited do not even exist.

Other reports which do not rank Al-Jazeera among the top watched channels are treated as nonexistent.. For instance Northwestern University conducted a study which revealed findings that would not make Al Jazeera’s directors happy. According to the study, the viewership of channel in Egypt is only twenty percent, and the rate gets even lower in countries like Tunisia at only nine percent and four percent in Bahrain. In the case of Egypt many people have expressed their displeasure about Al Jazeera’s coverage and stated that it simply turned into a mouthpiece of the Muslim Brotherhood.

When most of the studies cited above were being conducted, the Egyptian counter revolution, which started on 30 June, to put an end to the religious fascism led by the Muslim Brotherhood had not yet occurred. However many Egyptians did not fail to express their discontent about their perception of Al-Jazeera’s biased coverage of the events taking place in their country. Instead of covering the events with neutrality and professionalism, the channel chose to turn it into a propaganda channel in favor of the Muslim Brothers.

The coverage of the events in Egypt in recent months has been anything but professional. The channel has simply abandoned its slogan of “the opinion and the opposite opinion”, and has turned into the channel of one single opinion. Al Jazeera has stopped hosting politicians and specialists with opposing views and has become content with only airing people who speak on behalf of the Muslim Brotherhood; public viewers who call into shows and express their support for the army in its war against the Muslim Brotherhood were cut off without any explanation.

Because of its biased coverage, Al Jazeera did not only lose viewers, but it also lost a lot of its most talented personnel. In the last three years the channel witnessed a mass departure of many top reporters and correspondents who later stated that the channel has revealed a clear political agenda.

According to Reuters, more than 30 Al Jazeera employees have left the station since the overthrow of Mohammad Mursi. For instance two correspondents of Al Jazeera, Haggag Salama and Karem Mahmoud resigned from the channel protesting against “airing lies and misleading viewers.”

Many commentators have criticized Al Jazeera and even attacked it for favoring the Muslim Brotherhood in its coverage of events in Egypt. However I believe that the station has the right to adopt any editorial line its board wishes, but it does not have the right to keep airing lies and presenting half facts and distorted truths. I also believe that the channel has the right to reflect the interests of people who run it, but it has to stpo selling itself as the voice of the voiceless, since one cannot be biased and claim to be the voice the people at the same time.

Northwestern University, Media Use in the Middle East : An Eight-Nation Survey By NorthwesternUniversity. http://www.northwestern.edu .15 March2013