ISTANBUL -  Prof. John L. Esposito criticized those who avoid questioning the legitimacy of the Egyptian coup out of fear of an Islamist government. 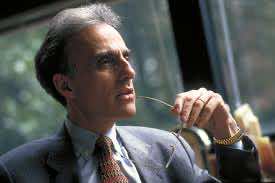 ISTANBUL –  Prof. John L. Esposito criticized those who avoid questioning the legitimacy of the Egyptian coup out of fear of an Islamist government.

Professor of Religion and International Affairs and of Islamic Studies at Georgetown University John L. Esposito has said that those who illogically feared a pro-democracy, Islamist government in Egypt failed to look at the level of violence by the military regime and to assess whether it was legitimate to overthrow a democratically elected government.

Speaking at the International Conference on Islamophobia: Law and Media in Istanbul on Thursday at the session titled “Islamophobia and Media’s Role,” Esposito noted that through the 1990s, Europe and the US witnessed the beginnings of the upsurge of modern manifestations of Islamophobia.

Esposito explained that 7 foundations in the US have provided $ 42.5 million in support to Islamophobes and their websites over the last decade.

“I would argue that the strength of Islamophobia today comes through social media which impacts and influences popular culture far more than some of the traditional media.”

“What we have seen about Islamophobia today and before is the tip of the iceberg.”

Esposito said, 31 states in the US, based on an irrational fear with no evidence, passed anti-Sharia legislations such as the forbidding of mosques.

“The problem is, who is asking for anti-Sharia legislations? People in the states who did not even know what Sharia was, prepared to vote for anti-Sharia legislations,” Esposito said and added, “What you see is the irrational fear. Today everyday conversations in mainstream society express fear about Islam. Their conclusions become so taken for granted, and become truisms that require no evidence, no substance, they are not challenged in the public square.”

Esposito said the same applied to the rhetoric of post-Morsi Egypt within and outside the country, noting “the same is true in terms of simply repeating allegations, not looking at the level of violence by the military regime. Thousands of people have been killed or wounded.”

Condemning the double standards applied to the military’s actions, Esposito explained that even if a tenth of the recent acts of mass violence had occured under an Islamist government, or a Morsi-oriented government, there would have been widespread outcries calling it a “wave of terror.”

He criticized those who “do not come out and wonder about whether it was a coup or not, or they think it is legitimate to overthrow a democratically elected government rather than to vote that government out.”

Reminding of the very well fueled and supported Islamophobic network in the US, Esposito announced that they would start a multi-year project soon to look at Islamophobia in social media and its impact on popular culture.

– Finkelstein: “Labels are not useful”

He said a common definition for anti-Semitism and Islamophobia would be: ‘Generalization, targeting a group’s core beliefs, that is hurtful and irrational, which would include: Muslims are terrorists and Jews are cheap, or the Holocaust never happened and Islam is all about religion.’

Finkelstein emphasized that definitions and labels were not useful, but rather tended to detract people from the main concern – to find the reality.

The Conference is organized by the Directorate General of Press and Information (BYEGM) and the Organization of Islamic Cooperation (OIC) on September 12-13, 2013 at Grand Tarabya Hotel, Istanbul with the participation of Turkish Deputy Minister Bulent Arinc and the OIC Secretary General Ekmeleddin Ihsanoglu and several international scholars.