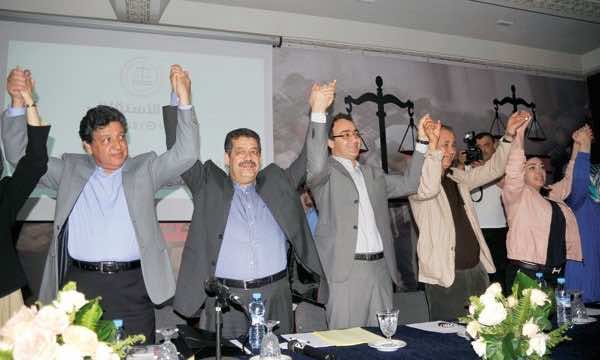 Moroccan Prime Minister Abdelilah Benkirane, and leader of the ruling Justice and Development Party, recalled 5 ministers who resigned after the second largest party withdrew its support of the coalition government.

In a press announcement after the cabinet meeting, government spokesman and Minister of Communication Moustapha El-Khalfi said that PM Benkirane spoke highly of the resigned ministers due to their performance within the scope of the government’s adjustment program, and called on them to return to duty.

The Istiqlal Party, the second largest party of the coalition government in Morocco, withdrew its support after accusing Benkirane of taking personal moves on issues which would affect the fate of the country, and of giving an opportunity for corruption. Resignations were submitted by Minister of Economy and Finance Nizar Baraka, Minister of Energy, Mining, Water and Environment Fouad Douiri, Deputy Minister of Cooperation and External Affairs Youssef Amrani, Minister of Moroccans Residing Abroad Abdellatif Maazouz, and Minister of Craft Abdessamad Qaiouh.

With the withdrawal of the Istiqlal Party, the remaining 160 deputies of government must compromise with another party with at least 38 deputies in order to achieve the 198 deputies necessary to make a decision in parliament.